IPL 2020: We Are Far Better Than Where We Are On Points Table: KLRahul

Kings XI Punjab (KXIP) skipper KL Rahul said that Thursday's close win against Royal Challengers Bangalore will help putting some confidence into the players and that they are a better team than their position of being bottom of the table indicates. 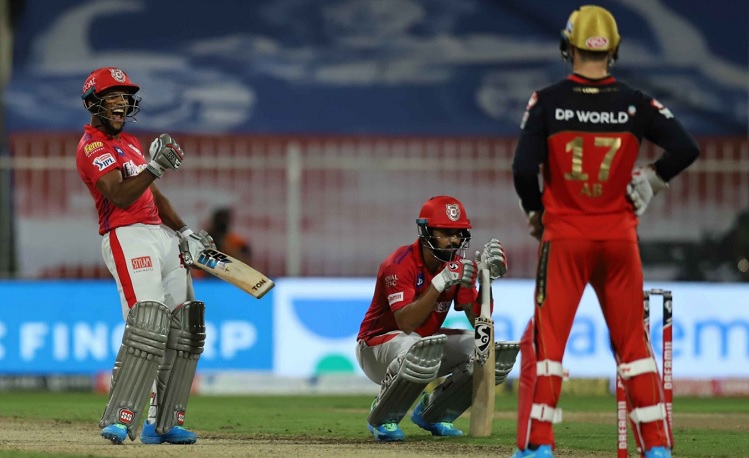 "We are a far better side than where we are in the points table. Towards the end it just got too close for comfort, happy that we crossed the line," said Rahul in the post-match presentation ceremony in which he was also declared player of the match for his unbeaten 61 off 49 balls.

KXIP finally ended their run of defeats on Thursday with an eight-wicket win over RCB but they almost succumbed to an extraordinary choke, hitting the winning run off the last ball despite needing just two runs at the start of the last over.

"It's (heart beat) the highest it can be. I have done yo-yo tests and been in some close games throughout my career but this was...I don't even have words. We knew we had to scrape and get over the line once and this gives us a lot confidence," he said.

The match featured Chris Gayle for the first time this season. Coming in at no.3 instead of his usual opening position, Gayle scored 53 and put up a 93-run stand with Rahul for the second wicket.

"It's important to keep the lion hungry. Wherever he bats, he's dangerous. He's taken it up as a challenge as well. When he comes in at no.3, he is still the same player. It worked out today hopefully he will carry on like this," said Rahul.