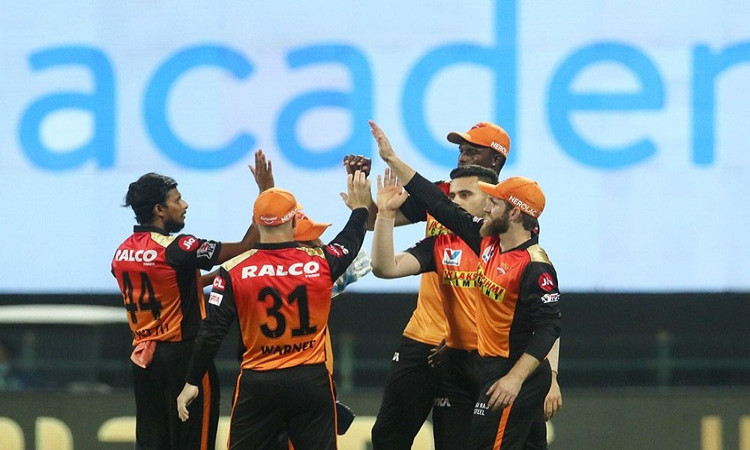 Earlier, SRH captain David Warner won the toss and opted to bowl first. His decision turned out to be successful as Bangalore lost two wickets inside powerplay and could only manage to score 32 runs.

For SRH, Jason Holder was the pick of the bowlers taking three wickets in his four overs and conceded 25 runs.