Opener Ruturaj Gaikwad anchored the Chennai Super Kings (CSK) innings as a clinical performance from them, a rareity this season, and helped them to an eight-wicket win over Royal Challengers Bangalore (RCB) at the Dubai International Stadium. CSK have thus kept their record of not being beaten by RCB twice in an Indian Premier League (IPL) season intact as they recorded just their fourth win of the season. 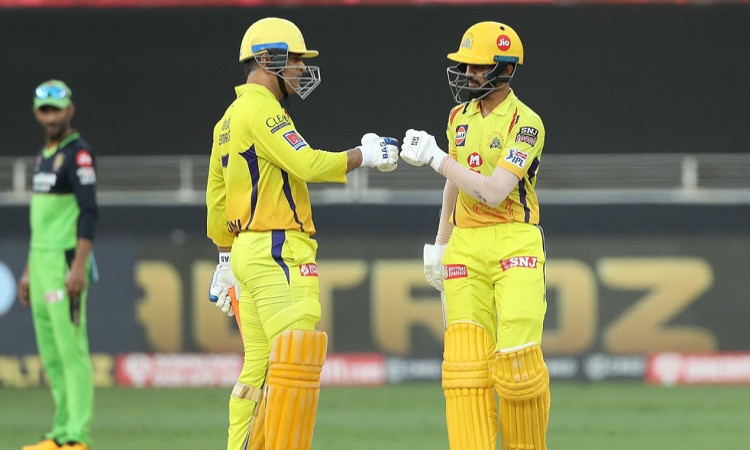 Gaikwad ended the match with a six and thus ended the match unbeaten on 65 off 51 balls, his innings punctuated by four fours and three sixes. CSK ended their innings on 150/2 in reply to RCB's 145/6.

On what was a sluggish batting track, CSK ensured they got good partnerships at every wicket. Gaikwad shared a 46-run stand with his opening partner Faf du Plessis after which Ambati Rayudu put up 67 with Gaikwad for the second. CSK captain MS Dhoni then stuck all the way through to the end with Gaikwad with the third wicket stand between them being unbeaten on 35.

Earlier, CSK conceded just 20 runs and took four wickets in the last three overs of the innings after RCB looked set for a big total during captain Virat Kohli and AB de Villiers' 82-run stand for the third wicket.