Royal Challengers Bangalore (RCB) sported their green jersey for the first time this season on Sunday against Chennai Super Kings (CSK). RCB, who have struggled to compete over the last three seasons, have had a better year this time with a spot in the playoffs all but confirmed for themselves. 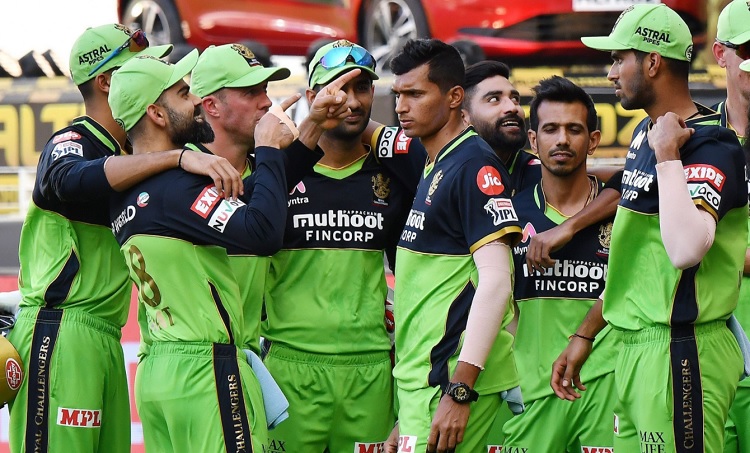 On Sunday, however, they were outplayed by CSK at the Sheikh Zayed Stadium, succumbing to an eight-wicket defeat. This was RCB's fourth loss of the season and incidentally, they have remained without a win in their green jerseys since the 2016 season.

RCB wear the green jersey once every season since 2011 as part of their initiative to "spread awareness about keeping the planet clean and healthy", according a tweet they put out before the match on Sunday. "This green gesture is special for RCB, have quite a few good memories in this jersey," said captain Virat Kohli at the toss.

Their results, however, show that the green jersey has hardly ever coincided with good results for them. In the 10 matches that they have played with the jersey, RCB have won just twice and lost seven, with one game ending without a result.

RCB are currently played third on the table with 14 points. They are level on points with Delhi Capitals and Mumbai Indians above them, with the latter having a chance of putting some space between them and the rest at the top of the table if they beat Rajasthan Royals in the second match of the day on Sunday.