Australia batsman Aaron Finch was spotted vaping during the 33rd IPL 2020 match between Royal Challengers Bangalore(RCB) and Rajasthan Royals(RR) which the Virat Kohli-led side won in a thrilling manner by seven wickets at the Dubai International Cricket Stadium. 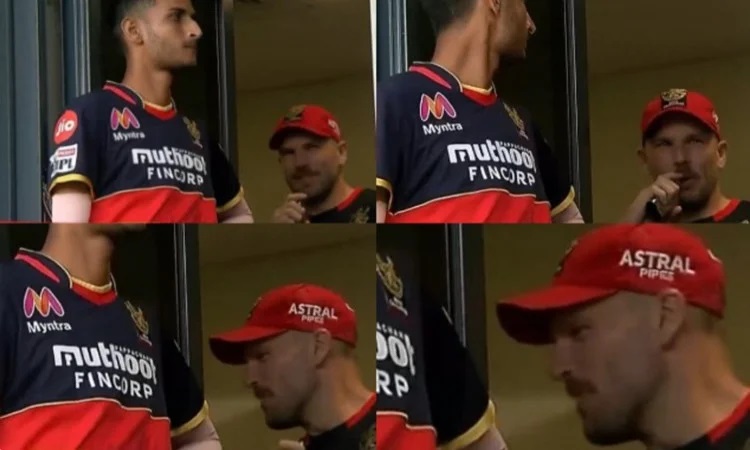 During the final over of the match on Saturday when RCB required 10 runs off the final six balls during their chase of 178, cameras panned towards the RCB dressing room to capture the tension on the players' faces. It was then that Finch was spotted vaping as he exhaled smoke using probably an e-cigarette.

The video of the incident went viral on social media and drew contrasting reactions from the fans. Some of the social media users even queried posting about IPL rules and regulations in the dressing rooms.

"IPL is it legal to #vape inside the dressing rooms? What say, Aaron Finch? Royal Challengers Bangalore, do you have anything to say? Virat Kohli was just standing ahead of Finch, I am sure he can vouch for what I saw!" tweeted one of the users.

Meanwhile, RCB were able to register a thrilling win, thanks to the brilliance of their star batsman AB de Villiers. The former Proteas skipper played an unbeaten knock of 55 as the Bengaluru-based side chased down the target with two balls to spare. His 22-ball knock was studded with 6 sixes and a four and helped RCB register their sixth win of the tournament.