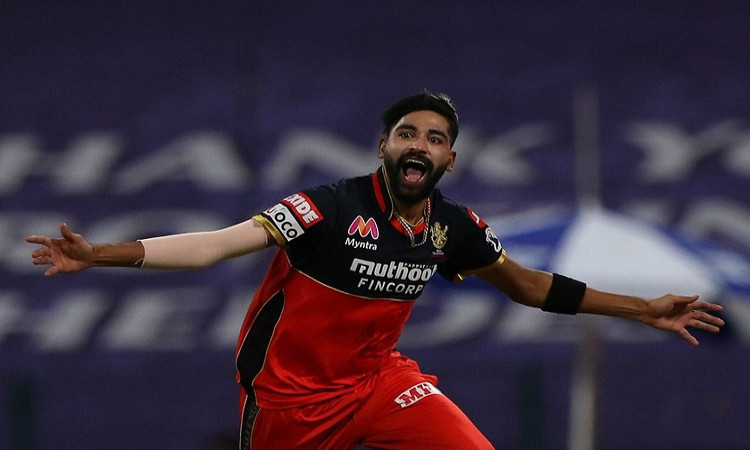 Earlier, KKR captain Eoin Morgan won the toss and opted to bat first. Kolkata had a horrible start to the innings as they lost four wickets inside the powerplay and could only manage to score 17 runs.

Only Morgan(30) was able to bat the longest time at the crease as wickets fell in heap at the other end. Lockie Ferguson scored 19 runs at the end take KKR past 70 runs.

For RCB, Mohammad Siraj was the pick of the bowlers as he took three wickets in his four overs and conceded only 8 runs. He bowled two consecutive maidens at the start of the innings. This is the first time in the history of IPL that a bowler has bowled two maiden overs.