IPL 2020: Rashid Reveals His Succesful Plan Which Keeps Him Economical

SunRisers Hyderabad spinner Rashid Khan, who once again throttled the opposition in the middle overs in Friday night's Eliminator, revealed the secret of his success. 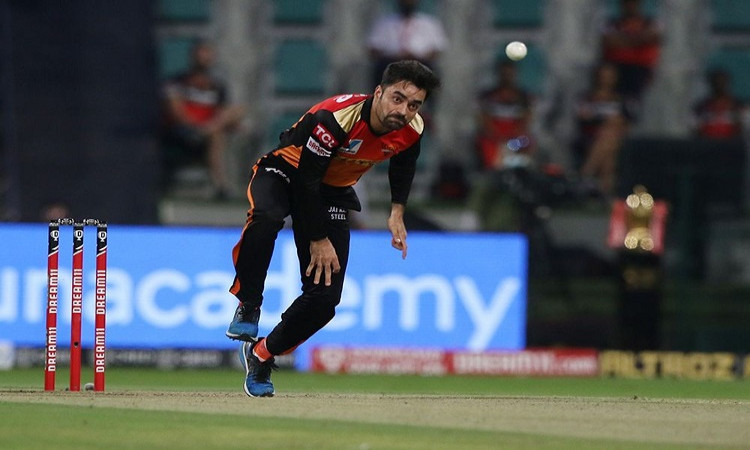 The leg-spinner said that he has avoided bowling fuller lengths as that has made him concede runs.

"I just kept it very simple, hitting the right areas. I have seen all my past areas and seen where I have been hit, which is full length. So I knew if I bowl the right areas, I would be economical and pick wickets as well," said Rashid after the match.

Although he did not pick wickets, the leg-spinner ensured another miserly spell of bowling, conceding just 5.5 an over.

"On this wicket, you get skiddy turn, but today it was slower and it was not skidding much. In Dubai, I got good turn and good bounce as well. In Sharjah as well it was slow in the later half. It is very hard to hit back of the length balls. As a bowler you need to hit that length and back yourself," Rashid added.

Rashid is SunRisers Hyderabad's leading wicket-taker with 19 wickets from 15 matches. More importantly, he has given runs at just 5.3 an over. The Afghanistan player has struck a wicket every 19th ball.