Rajasthan Royals have announced that TV9 Bharatvarsh will be the principal partner for the upcoming edition of the Indian Premier League (IPL) to be held in UAE from September 19 to November 10. 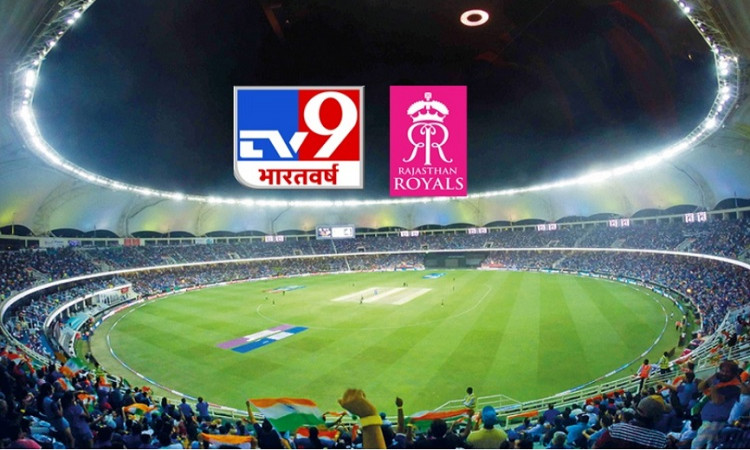 The Royals will wear TV9's logo on the front of the team's jersey in the 13th edition of the IPL. TV9 Bharatvarsh replaces EXPO 2020 Dubai as Royals' front of jersey brand after the much awaited mega-event was postponed owing to the Covid-19 pandemic.

Expressing his pleasure at adding another strong brand to the Royals partner family, Rajasthan Royals' COO Jake Lush McCrum, said: "We're happy to have TV9 on board with us at Rajasthan Royals this season. It's one of the most well-renowned networks across India and presents a fantastic opportunity for us to express the story and the culture of Rajasthan Royals to a wider audience."

"TV9 is deeply integrated in different regions across India, enabling us to give our fans and cricket fans in general in these locations curated, exclusive content. Our Royals Family will grow, while our content will help TV9's already large viewership scale even further. We are delighted with the synergies in this partnership," he added.

"Cricket is not just a sport in India. It's a religion. That's why the TV9 Network, India's largest news network, has partnered with Rajasthan Royals for the upcoming IPL. The meteoric rise of our national Hindi news channel TV9 Bharatvarsh to the No. 2 position shows that the news viewers not just expect but reward innovation in their daily news experience," said Barun Das, CEO, TV9 Network.

Arshad Shawl, founder, Alliance Advertising conceived the deal for TV9 and said, "This tie up with Rajasthan Royal sets the game to exponentially increase channel footprint nationally and further accelerate the growth trajectory for the channel."