Three-time champions Chennai Super Kings (CSK) now have no choice but to deliver to keep their playoff hopes alive when they face SunRisers Hyderabad (SRH) in a return fixture of the Indian Premier League (IPL) on Tuesday. 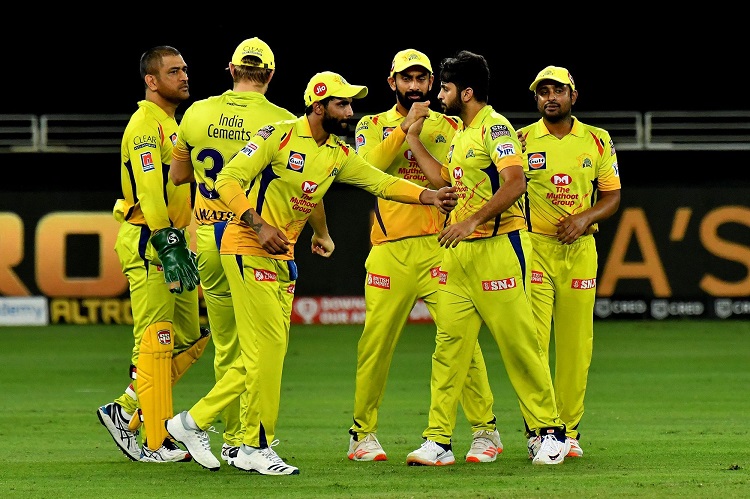 Despite being termed as one of the most successful teams in the history of the cash-rich league, the Mahendra Singh Dhoni-led team has been completely off-color so far, suffering five defeats in seven games.

CSK has never missed the playoffs in the seasons they have played -- barring the 2016 and 2017 seasons when the Supreme Court banned them following the 2013 IPL betting scandal. But looking at the present circumstances, the Yellow Brigade's journey ahead seems difficult.

The main concern for the CSK side is the lackluster form of their batsmen, especially the ones in the middle-order. While openers Shane Watson and Faf du Plessis look good with the bat, the others have let the side down, including Dhoni.

Neither Ambati Rayudu nor Kedhar Jadhav has made any impact while N Jagadeesan, who had replaced the latter, had impressed everyone with his gritty knock.

Further, Dhoni, who is undoubtedly the best finisher the game has ever seen in the shorter format, has struggled in finishing games this time, so have all-rounders Ravindra Jadeja and Dwayne Bravo.

The bowling department, however, looks settled as they have successfully restricted their opponents to modest totals. The pace trio comprising Sam Curran, Deepak Chahar, and Shardul Thakur are executing their plans well while Jadeja and Karn Sharma will once again look after the spin attack.

CSK batters will have to tighten their belts for Tuesday's contest as the SRH bowling attack has been quite effective so far.

SRH's T Natarajan and Khaleel Ahmed have been doing well despite the absence of experienced pacer Bhuvneshwar Kumar. Spinner Rashid Khan has led the bowling attack with aplomb, giving away runs at a miserly rate.

Hyderabad skipper David Warner and opener Jonny Bairstow have been among the runs and even Manish Pandey showed signs of getting back his touch with a scintillating 54 against Rajasthan Royals in their last game.

Moreover, they have the services of Kiwi skipper Kane Williamson in the middle-order but the side misses a genuine power-hitter in their lower middle-order.

They have Priyam Garg and Abhishek Sharma in their lower middle-order but lack of experience is a cause of concern for the SRH think-tank.