Chennai Super Kings (CSK) featured their international overseas spinners together for the first time in IPL 2020 and it paid rich dividends as both Mitchell Santner and Imran Tahir conceded just 53 runs in their eight overs together. 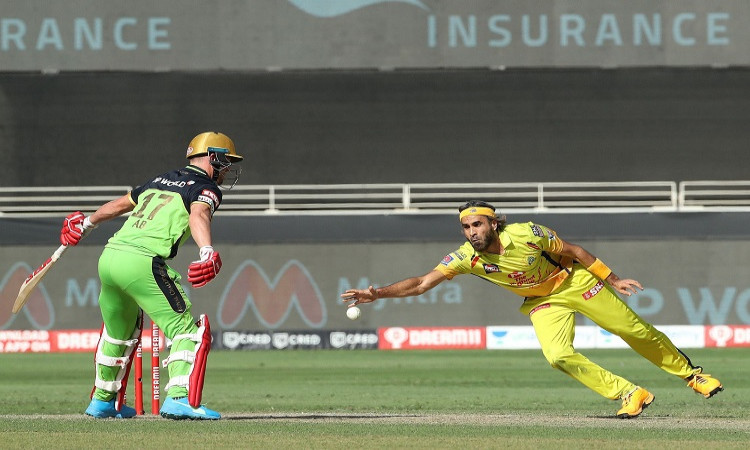 While left-arm spinner Santner was the more successful of the two, picking one wicket for 23 runs, Tahir conceded 30 runs in his four overs without taking any wicket as CSK managed to restrict Royal Challengers Bangalore(RCB) to 145 for six wickets.

Also Read: MI vs RR: That's What We Are Crying For, Says Captain Smith

New Zealand's Santner was playing his first game of the season and removed opener Devdutt Padikkal just after power-play, the spinner having been introduced inside the first six overs.

CSK had dished out a three-pronged spin attack against RCB. Tahir was playing his second game this season, having played against the Mumbai Indians earlier. The two conceded just 35 runs in six overs between overs six and 12. It helped that the wicket aided spinners.

"The pitch was quite similar to the Chennai pitch. The boys felt at home, spinners bowled well," said Sam Curran after the match.

After the last game against Mumbai Indians, which CSK lost in humiliating fashion, their coach Stephen Fleming had pointed out at the difficulty of accommodating foreign spinners. He had also said that the team will be giving chances to players on the bench in the remaining games. For this particular game, Shane Watson and Josh Hazlewood were kept on the bench.