Kings XI Punjab captain KL Rahul and Jasprit Bumrah of Mumbai Indians continue to lead the respective batting and bowling charts following the conclusion of 54 matches in the ongoing edition of the Indian Premier League (IPL). 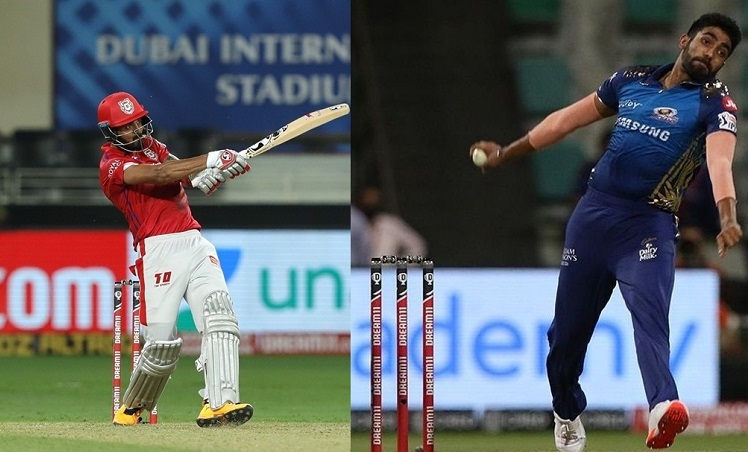 Rahul managed 29 runs against Chennai Super Kings during Kings XI's crushing nine-wicket defeat and in the process took his tournament tally to 670 runs in 14 matches to lead the race for the Orange Cap. He will, however, not be able to add more runs as Kings XI have failed to qualify for the playoffs.


PAK vs ZIM: Pakistan Cruise To Six-Wicket Win In 2nd ODI Against Zimbabwe

Shikhar Dhawan is next in the list of leading run-scorers, having amassed 471 from 13 matches. Faf du Plessis completes the podium, having collected 449 runs in 13 games.

In the list of leading wicket-takers, Bumrah is currently at the top spot, having scalped 23 wickets in 13 matches and holds onto the Purple Cap. Though Kagiso Rabada has the same number of wickets, Bumrah has a better average (15.73) and economy rate (6.96) than the South African, whose corresponding average and economy are 18.04 and 8.19 respectively. Rajasthan Royals pacer Jofra Archer is at the third spot, having scalped 20 wickets in 14 matches.

Meanwhile, with two more matches to go in the league stage, Mumbai Indians continue to remain at the top of the charts with 18 points from 13 matches. Royal Challengers Bangalore and Delhi Capitals complete the podium with 14 points each, with Virat Kohli-led side currently occupying the second spot due to their superior net run-rate.