Mumbai Indians' pace bowler Jasprit Bumrah took three wickets for 17 runs in his four overs against Delhi Capitals on Saturday to take his wickets tally to 23 and take the Purple Cap from speedster Kagiso Rabada of Delhi Capitals. 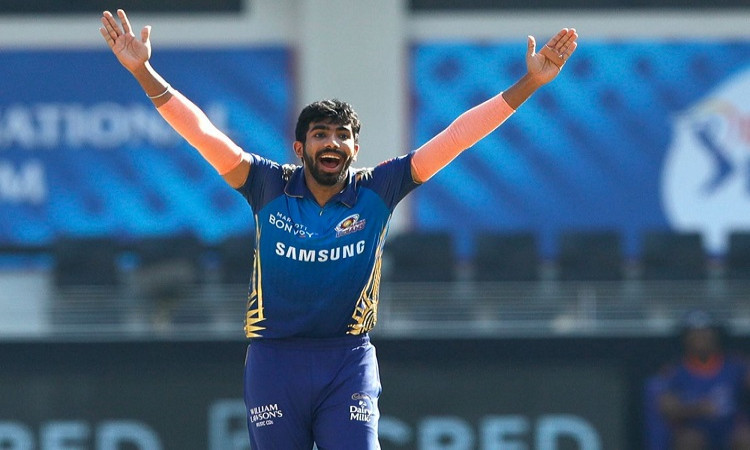 Though Rabada has the same number of wickets, Bumrah has a better average (15.73) and economy rate (6.96) than the South African, whose corresponding average and economy are 18.04 and 8.19 respectively.

Bumrah removed Marcus Stoinis and Rishabh Pant in the same over, his second, and then took out Harshal Patel in the very next over. The tall fast bowler then came back to give only three runs in the last over of the innings.

The Mumbai right-arm, however, said that he was not worried about the race to the Purple Cap.

"I was trying to be clear on what I wanted to do. Not worried about the Purple Cap. It is important that the team wins," said Bumrah whose best spell of IPL career, 4/20, came against Rajasthan Royals in Abu Dhabi on October 6.

The fast bowler has been tried in all phases of an innings during his IPL career and of late has been bowling mostly in either the middle or 'death' overs. On Saturday, his overs were broken down into three spells with just one in the death while the remaining came in middle overs.

"I am ready to bowl anytime during the 20 overs, I like the challenges and it always keeps me in the game," said Bumrah.