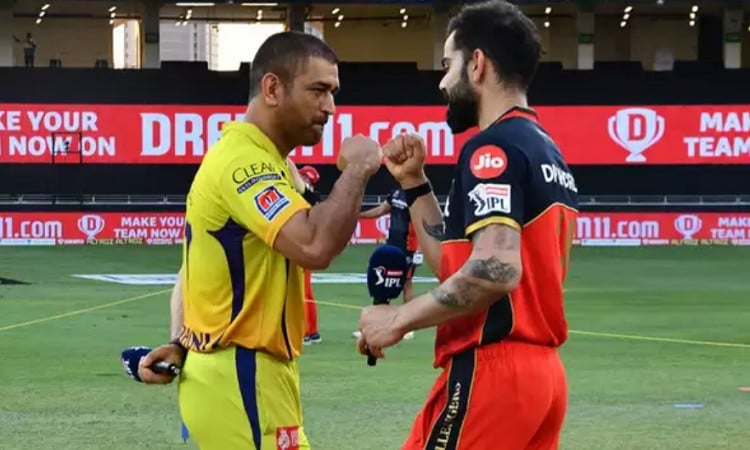 RCB have brought in spin all-rounder Moeen Ali in the playing XI in place of Isuru Udana.

"We will bat first. It's pretty dry and rough pitch. It's interesting when the weather was hot, the pitches weren't playing well. The temperatures have dropped now but it's slowing down. Moeen Ali replaces Isuru Udana as a spinner all-rounder," Kohli said after winning the toss

CSK, on the other hand, have made two changes to the side which last played against Mumbai Indians. They have brought in Mitchell Santner and Monu Kumar in place of Josh Hazlewood and Shardul Thakur.

"We would have loved to bat first as well, for the same reason that it's a used wicket," said CSK captain MS Dhoni.

CSK have won just three of the 11 games they have played so far and their chances of making it to the playoffs are next to impossible now.

"Mathematically, we still have a chance, but you have to think how we have done in this season. 4-5 games prior, we just took one game at a time and not worry about the points table," said Dhoni.