IPL 2020: It's Important To Set The Tone Early Be It Batting Or Bowling, Says Kumble 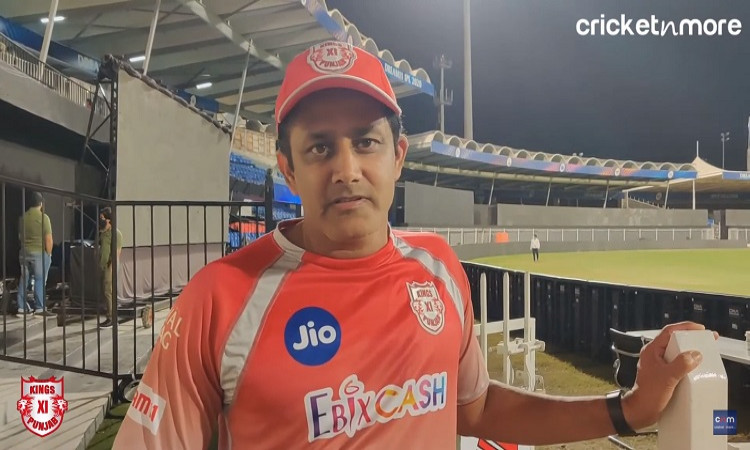 Speaking about the team's performance, KXIP head coach Anil Kumble said that it was a clinical performance and the tone was set in the first over by Glenn Maxwell who took the wicket of Nitish Rana.

"It was a clinical performance today, Maxi set the tone with the first wicket in the first over, and then Shami's spell to pick up two wickets in one over was brilliant. Once they were three wickets down, we knew that we could restrict them, they batted well," Kumble said.

Anil Kumble was happy to see the performance of Mandeep Singh and gave credit to him to finish the match.

"Really happy for Mandy, someone who hasn't had too many chances, but, up the order today, he did get frustrated, he did get desperate, he got slow start but credit to him that he hung on and made it sure he was there till the end. And of course, the big boss, the Universe boss was his usual best to finish things off like this was very very pleasing and I am really happy that the team got victory against KKR," expressed Anil Kumble.

The head coach was all praises for the bowlers who set the tone early in the powerplay. He was also delighted with the way Ravi Bishnoi and Murugan Ashwin bowled in this match.

"Bowling performance was brilliant. We need the bowlers to set the tone, we spoke about it irrespective of what you are doing whether batting or bowling first it's important to set the tone. Really happy with the way in the powerplay we set the tone and the two leggies again, brilliant, Bishnoi and Ashwin. Ashwin came back really strongly after being hit in the first over but credit to both the leggies and the bowlers it was a total team effort," Anil Kumble said.

Kings XI Punjab will be up against Rajasthan Royals on Friday, 30 October 2020 in Abu Dhabi.