SunRisers Hyderabad (SRH) captain David Warner was happy that their middle-order stepped up to lead the team to victory against the Rajasthan Royals (RR) on Thursday and their chances of qualifying for the IPL 2020 playoffs alive. 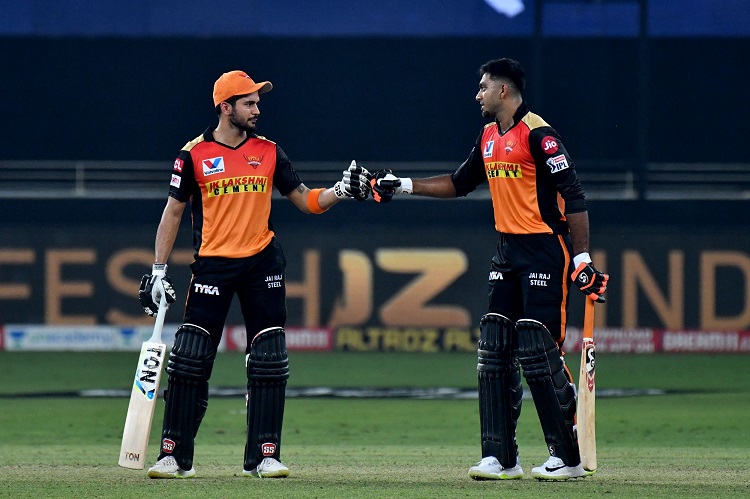 "It's just great to show people that we do have a middle-order, there are always [a] question on it. They haven't had much time to bat in previous matches, we haven't lost early wickets before. For them to come out and play like this, I am so happy for them," said Warner in the post-match presentation ceremony.


RR vs SRH: Should Have Given Archer Third Over In The Beginning, Admits Smith

Manish Pandey and Vijay Shankar put up an unbeaten 140-run stand for the third wicket to lead SRH to an eight-wicket win at the Dubai International Stadium on Thursday.

SRH bowled after winning the toss after Jason Holder, playing his first match of the season, took three wickets to restrict RR to 154/6 wickets.

"Jason adds strength to our bowling, his height, and experience... we didn't get to see him bat tonight but he is an all-round package. He's a quality player and a great inclusion," said Warner.

"I think the way we started was fantastic. We were able to bring it back after the powerplay. It's been a complete game which is what we have been asking for. Good to see two guys getting the reward for their hard work."