In the 9th match of IPL, played between Rajasthan Royals and Kings XI Punjab all the limelight was taken away by Rahul Tewatia during Royals' historic win over the Lokesh Rahul Captained team. However it was the incredible innings from Sanju Samson which laid the platform for the Steve Smith-led side during their chase at the Sharjah Cricket Stadium. 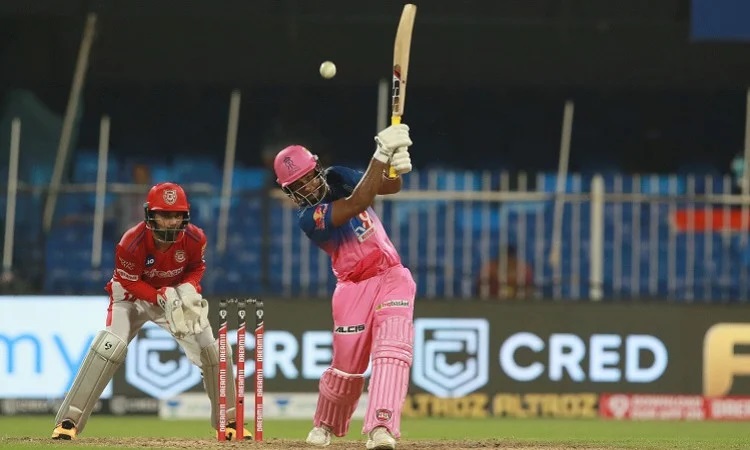 Samson scored 85 runs as Royals chased down the target of 224 -- highest ever in history of the Indian Premier League -- with four wickets in hand and three balls to spare. His 42-ball knock was studded with four 4s and seven 6s.

Taking note of Samson's innings on Sunday, Congress MP Shashi Tharoor said on Twitter: "What an absolutely incredible win for Rajasthan Royals! I've known Sanju Samson for a decade and told him when he was 14 that he would one day be the next MS Dhoni. Well, that day is here. After his two amazing innings in this IPL, you know a world-class player has arrived."

However, Gautam Gambhir and S Sreesanth don't want the 25-year-old to be compared with the former India captain.

"Sanju Samson doesn't need to be next anyone. He will be 'the' Sanju Samson of Indian cricket," tweeted Gambhir replying to Tharoor.

"I am sure he will still keep playing well and it's not just these two innings...He is gonna break a lot of records too and win many more world cups for our country. So please don't compare him to anyone...he is an amazing Malayali from our Gods own country. His best is yet to come," he added.

The right-handed batsman had scored 74 runs off just 32 deliveries in Royals' first match of IPL 2020 which his side won against Chennai Super Kings by 16 runs.

Rajasthan Royals brand ambassador Shane Warne had praised Samson and said it was shocking to see that a talent like Samson is not a part of Team India across all formats.

"I have said for a long time and I think Sanju Samson is probably one of the most exciting players I have seen for a long time. I am surprised that he is not playing all forms of cricket for India," Warne had said in an Instagram live session done by the Royals before Sunday's game.

"He is that good. He is an absolute champion, he has got all the shots, quality and class. So, hopefully he has a consistent year and helps Rajasthan Royals lift the IPL trophy and I hope to see in him Indian colours in all three forms of cricket," he had added.

Samson has so far represented India in just four T20Is in which he has amassed 35 runs in total.