The IPL 2020 was the fourth instance when a team finishing at the top of the points table after the league stage emerged as eventual champions. 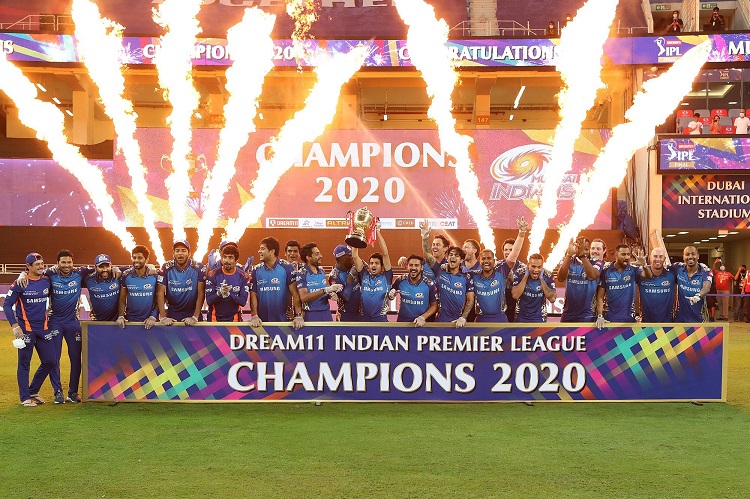 The cash-rich T20 league, which saw its inception in 2008, found its first champion in Rajasthan Royals who had defeated Chennai Super Kings in the summit clash. The Shane Warne-led side had topped the table at the end of the league stage with 22 points from 14 games.

Then in 2017, Mumbai Indians topped the table at the end of the group stage with 20 points from 14 games. They went on to win their third IPL title defeating Rising Pune Supergiant in the final.

The Rohit Sharma-led side again occupied the number one position in 2019 IPL before the start of the playoffs with 18 points from 14 matches. They defeated Chennai Super Kings in the final to become the most successful franchise in the history of the league.

In this year's edition which was played in the United Arab Emirates amid the Covid-19 pandemic, the Mumbai-based franchise again topped the charts at the end of the league stage with 18 points and went on to defeat the Delhi Capitals by five wickets in the final to lay their hands on the coveted trophy for the fifth time.