Mumbai Indians (MI) speedster Trent Boult is the highest wicket-taker in powerplays with 14 wickets and the majority of his success in those six-over spells has come against Delhi Capitals (DC), their oppoenets in the final of the Indian Premier League (IPL) on Tuesday. Of his six wickets in the three matches against DC this season, five have come in powerplays. 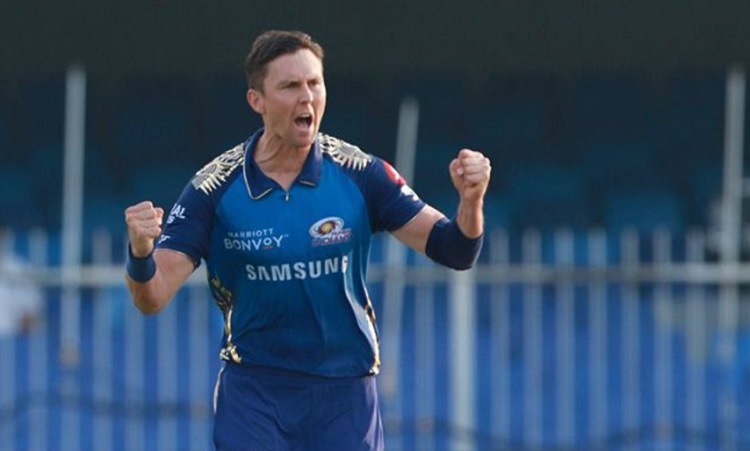 Interestingly, DC had traded him off to MI ahead of this season.

Boult had an injury concern during the Qualifier 1 as he did not complete his full quota after picking two wickets in the two overs he had bowled early. He did not bowl the remaining two overs in that game.

However, Boult seems to be getting fit for the final which takes place on Tuesday. "Trent looks pretty good. He is going to have a session today with all of us, he has pulled up pretty well in the last two days. So, fingers crossed, hopefully he plays," MI captain Rohit Sharma said ahead of the practice session on Monday.

Talking about the impact of Boult, Sharma said, "We always wanted somebody who could get those wickets for us early in the powerplay with the new ball. We looked across the world and, obviously, it is a no-brainer that he is the best bowler with the new ball when it comes to swinging the new ball back into the batsmen, and to a left-hander taking the ball away. He is the best in the business."

Sharma said that they were lucky to have traded him from DC and the left-arm bowler from New Zealand has not disappointed.

"We always wanted him and luckily we got him traded from Delhi and he has not disappointed us. He has bowled well with the new ball and also in the middle and the back-end. He is a great asset to have in the squad and hope he can do it one more time for us," said Sharma.