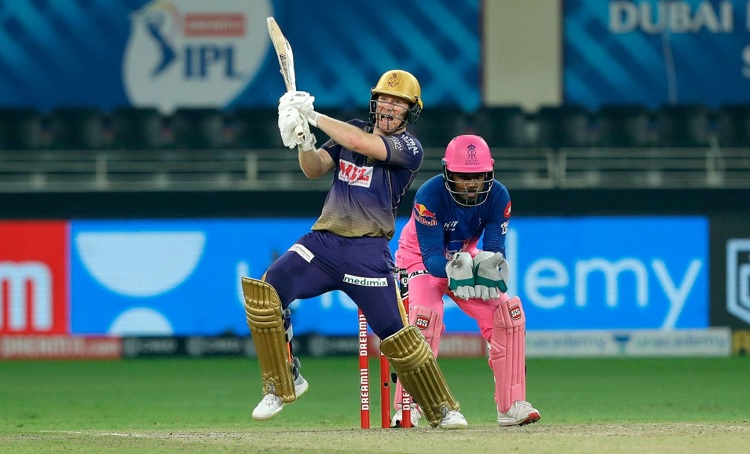 On Sunday, KKR kept their chances alive of making it to the playoffs, defeating Rajasthan Royals by 60 runs in their final league stage. Batting first, KKR posted 191/7 in their allotted 20 overs, riding on a brilliant 68* from Morgan. The England captain, during his 35-ball knock, smashed 5 fours and six 6s.

In reply, Rajasthan Royals could manage just 131/9 and saw their campaign end in the tournament. Premier Australia bowler Pat Cummins was the pick of the bowlers for KKR as he returned with figures of 4/34.

"KKR have a nervous two days, yes Pat Cummins has been brilliant, but the pick of the tournament was Eoin Morgan who has carried there middle order all tournament, complementing the excellent starts from Shubman Gill," Hogg tweeted.

Morgan has so far scored 418 runs for KKR, second to Gill who has amassed most runs for KKR (440) in the ongoing season. Cummins, on the other hand, has picked 12 wickets in 14 matches and is second in the list of leading of wicket-takers for the franchise, with Varun Chakravarthy at the top with 17 wickets in 13 matches.

KKR are currently placed at the fourth spot in the table, with 14 points from 14 matches and are still in contention for the playoffs.