Kings XI Punjab captain KL Rahul has said star opening batsman Chris Gayle will be a part of the core group of the side for the upcoming Indian Premier League (IPL) season. 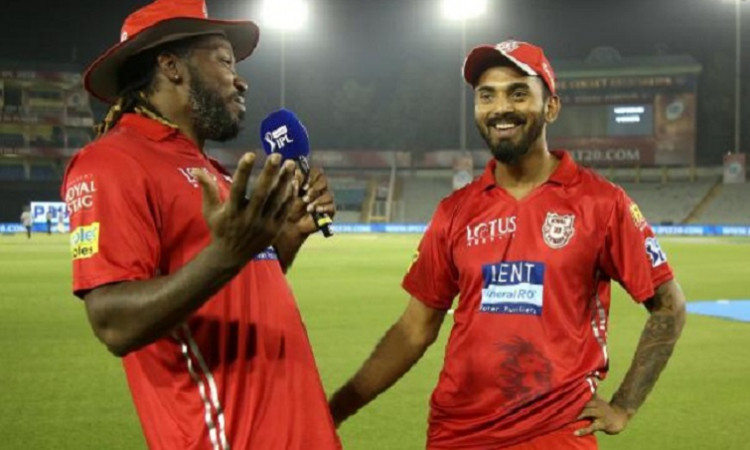 Swashbuckling West Indies opener Gayle, who reportedly attended legendary sprinter Usain Bolt's birthday party in Jamaica, tested negative for Covid-19 and now is all set to leave for the UAE for the upcoming edition of the IPL.

"We at Kings XI Punjab have had a great experience with Chris and me luckily, I have played with him for years now, we have shared great friendship, we have had some partnerships in the middle, he is a great guy to have in the team," Rahul said in a video posted on the official website of the IPL.

"He will be a part of our core group, with the kind of experience he has, he will be somebody who will win matches for us," he added.

According to several media reports, Gayle was one of the members who attended Bolt's 34th birthday party. However, the left-hander batsman tested negative twice for Covid-19 post the incident and will be leaving for UAE to join his Kings XI Punjab teammates ahead of the IPL season starting September 19.

In another post, he wrote, "The last one went a bit too far in my nose. Phew. Result was negative."