Chris Gayle on Friday became the first batsman to get to 1,000 sixes in T20 cricket history when he smashed the seventh of his eight sixes during his belligerent 99 against Rajasthan Royals in an Indian Premier League match here. 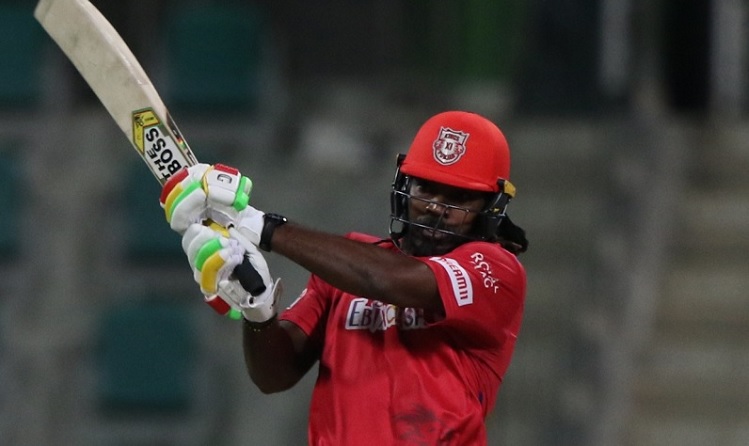 Gayle, 41, is way ahead of his nearest competitor, fellow West Indian and a Mumbai Indians' player Kieron Pollard, who has hit 690 sixes in T20 format and is 311 adrift of Gayle's 1,001.

The left-handed batsman, who was benched in the initial part of the tournament, has got starts in all the innings since his comeback to the XI. He had a highest score of 53 this season before Friday's knock. This was his third 50-plus score in six matches in this IPL.

Gayle hit eight sixes and six fours, scoring 72 of his 99 in boundaries. In the remaining 27 runs he ran between the wickets, he also took a very cheeky couple once.

The Jamaican was disappointed when he was bowled for 99 by Jofra Archer in the last over and threw his bat away in disappointment. However, he regained his composure soon after and went on to shake hands with Archer, who too was born in the West Indies but now plays for England.

"Getting out on 99 is unfortunate. These things will happen but it was a good ball; still feeling good. To be honest, it is all about the mental aspect of my game and that is what keeps me going. I am enjoying the cricket the same way. I would love to have the IPL trophy under my belt," Gayle said after his innings.

"The hard work and the dedication over the years have paid off. To the guys, who I promised to get a century, I missed out today but in my mind, it is a century."