Chennai Super Kings (CSK) ended their Indian Premier League (IPL) 2020 season on a high, following a third successive victory but it wasn't enough for them to avoid their worst-ever finish in the tournament. 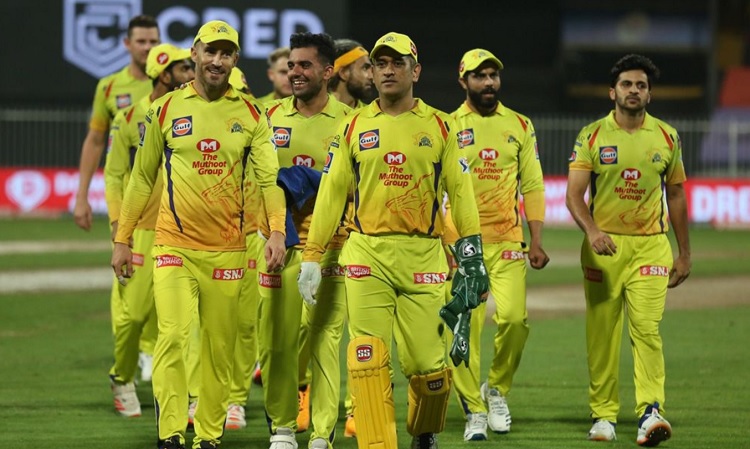 This is the first time that they have failed to finish within the top four in a season and both coach Stephen Fleming and captain MS Dhoni said they will look to restructure the squad, especially change the core group, ahead of the next season.

"It was a difficult campaign for us. I don't think we played to the full potential," said MS Dhoni after Sunday's game against Kings XI Punjab that his team won by nine wickets.

No doubt they haven't played to their potential but the team management's obstinacy in fielding older players and not giving chances to youngsters early seems to have backfired.

In a team where half the squad is over 30, with a couple nearing the age at 29, the team trusted the old names despite their line-up looking very shaky.

Eventually, following criticism, including from former India captain Kris Srikkanth, they had to give opportunities to youngsters out of whom Ruturaj Gaikwad has done well.

There were other issues too. In previous seasons their Indian batting talent would be the key.

But with them either not here, like Suresh Raina who left IPL even before the season got underway, or failing to perform consistently like Ambati Rayudu and Dhoni himself, CSK had to use all the foreign quota to strengthen the batting at the top and leave the bowling to Indian seamers and spinners.

"We didn't have good batting, so had to fill the gap with foreigners and we had to bring Indian seamers, bowlers. One of the best T20 players (in bowling) had to sit on the sidelines," said Fleming after the match.

As it is, CSK are used to playing a lot in Chennai, where they have won a majority of their matches. To tackle the UAE pitches with shaky line-up was tough.

"There were various challenges. We are used to playing in Chennai, where we win 74%-75% of games. But we felt we had holes in the team, based on form and experience, we struggled for balance, then there was the matter of dew or no dew etc," said Fleming.

With most of the squad ageing, both skipper Dhoni, who could be playing his final season next year, and coach Fleming said there are going to be changes made for next year especially in the core group.

Dhoni said at the presentation ceremony, "A lot depends on what the BCCI decides upon the auction. We need to slightly change our core group and look for the next ten years. At the start of the IPL, we made a team and it served well. There comes a time where you have to shift a bit, hand it over to the next generation."

Coach Fleming added that restructuring the team for the next season will be a challenge. "It will be great challenge and fun, we are looking for a decade of consistency," he added.