IPL 2020: Best Save Ever Seen In My Life: Sachin Tendulkar On Nicholas Pooran's Fielding Effort

Master Blaster Sachin Tendulkar was full of praise for Nicholas Pooran after the West Indian came out with a stunning fielding effort during Kings XI Punjab's crushing defeat by Rajasthan Royals in the Indian Premier League (IPL) 2020 clash at the Sharjah Cricket Stadium. 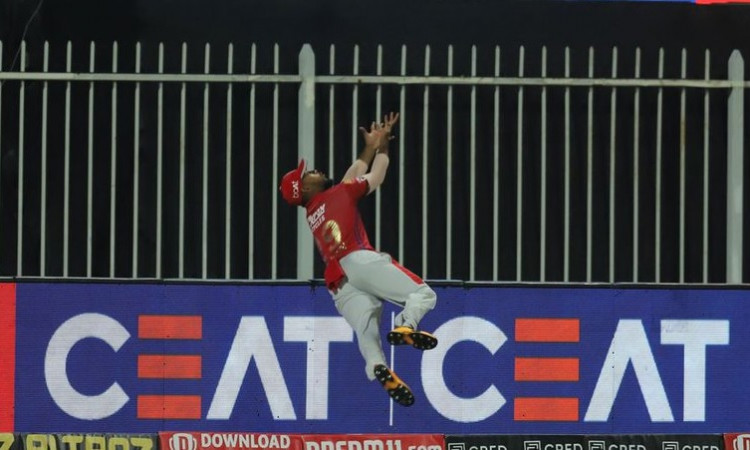 In the eighth over of Rajasthan Royals' chase of 224, Sanju Samson played a pull shot off Murugan Ashwin and it was then that Pooran, standing at deep mid-wicket, dived full length over the rope to catch the ball. The West Indian caught the ball while hanging in the air and realising that he wouldn't be able to come inside the boundary line, he threw the ball -- all while being in air -- back inside the boundary line to save his team vital six runs.

"This is the best save I have seen in my life. Simply incredible!!" Tendulkar tweeted during the match on Sunday.

This is the best save I have seen in my life. Simply incredible!! #IPL2020 #RRvKXIP pic.twitter.com/2r7cNZmUaw

Responding to the praise from the batting legend, Kings XI fielding coach and one of the greatest fielders the game has ever seen, Jonty Rhodes said: "When the God of Cricket Sachin Tendulkar says it is, then there really is no question about it being the best save, ever."

"Fantastic work by Nicholas Pooran who inspired the rest of the Kings XI Punjab fielders to put on 1 of the best defensive fielding displays I have ever seen #proudcoach," he added.

Cricketer-turned-commentator Ian Bishop also praised Pooran and said: "Nicholas Pooran has just pulled off one of the great saves in the game of cricket. Unbelievable awareness."

However, Pooran's effort couldn't help the Kings XI win the match as Rajasthan Royals pulled off the highest chase in IPL history, winning the match by four wickets.