IPL 2020: A Look At The Records During RCB vs KKR Match 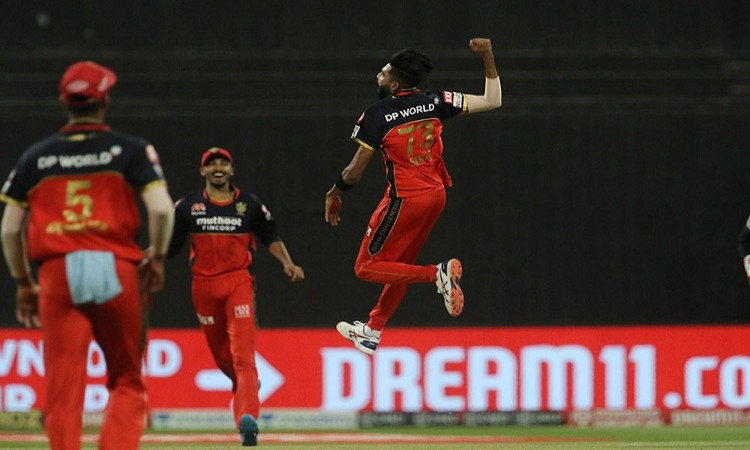 The Hyderabadi right-armer's first two overs were maidens and took all his three wickets during those overs.

Siraj's spell of 4-2-8-3 against Kolkata Knight Riders on Wednesday night is also the most economical this year. No one has conceded runs at two an over this season as Siraj did.

Siraj's 16 dot balls are also the second most dot balls bowled in an innings in this year's IPL, behind CSK player Deepak Chahar's 17. SunRisers Hyderabad's Rashid Khan and Siraj's RCB teammate Navdeep Saini too have bowled 16 dot balls in a spell this season.

Kolkata Knight Riders' total of 84 of eight is the lowest by a team that hasn't been bowled out in the IPL history.

This surpasses the 92 for eight by Kings XI Punjab against Chennai Super Kings (CSK) in Durban in 2009.

KKR's total on Wednesday is also the lowest in this year's IPL. The previous lowest was 125/5 put up by CSK on Tuesday.

KKR's innings was also the first time four wickets were lost inside the powerplay this year.