IPL 2020: 4 International Captains In The Team Gives SRH The Edge

SunRisers Hyderabad (SRH) is making the most of the presence of four international captains in their line-up with two of them, Jason Holder and Kane Williamson, combining to lead the team home in a tricky chase against Royal Challengers Bangalore (RCB) on Friday night's Eliminator. 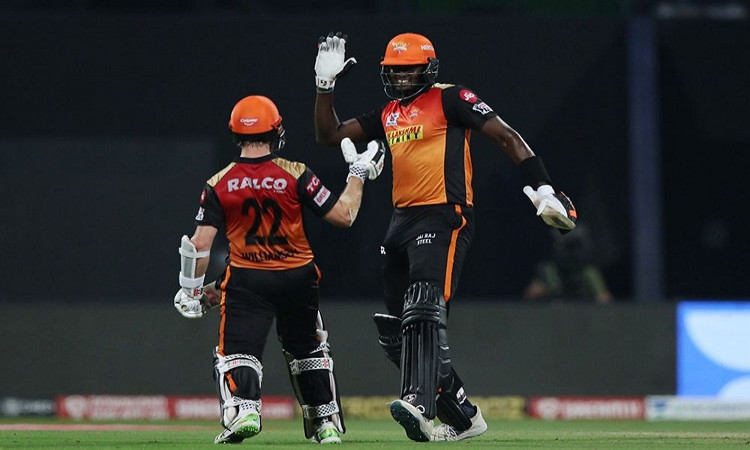 Both Kane Williamson, who leads New Zealand in international cricket, and Jason Holder, who captains West Indies, added unbeaten 65 runs for the fifth wicket on a tricky spin-friendly surface to lead their team to a six-wicket win over RCB.

Earlier, Holder picked three wickets for 25 to lead the bowling which also had Afghanistan captain Rashid Khan who bowled miserly again with figures of 4-0-22-0. The duo helped restrict RCB to 131 for seven in 20 overs.

Ever since Holder has joined the team, on October 22, SRH has won five of their six games, and now are just two games away from the Indian Premier League title.

While Holder has picked 13 wickets in six matches besides his couple of cameos with the bat, the other three -- Williamson, Rashid, and former Australia skipper David Warner, who is leading SRH in IPL, too have contributed to the team's cause.

Williamson's fifty (50 not out off 44 balls) against RCB was his second match-winning contribution this IPL after a 26-ball 41 against DC in an earlier game, but his presence in the middle-order is beginning to materialize now. SRH had benched him in between but had to bring him back after they realized that the middle-order was vulnerable without him.

"We have calmness, level-headedness with Kane in the middle," Holder said after the partnership between the two on Friday.

Williamson repaid the compliment after the game saying, "He (Holder) is cooler than me. The all-rounder role in the team has been well held by him."

Leg-spinner Rashid Khan is the leading wicket-taker for SRH with 19 scalps and more importantly, has the best economy rate in this season's IPL with 5.30 runs per over.

"Rashid is the leader of the attack. I am running out of superlatives for both - Williamson and Rashid," added Holder.

Skipper Warner is the second-highest run-getter in the IPL this season with 546 runs and is 124 runs behind KXIP skipper KL Rahul in the race for Orange Cap. He has scored four half-centuries, two of which have come in the last four games when SRH have turned it on to surge back into the competition.