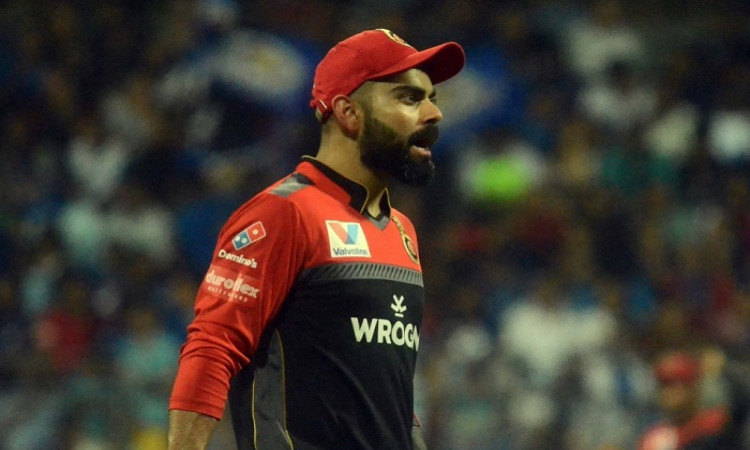 Mumbai, April 16 (CRICKETNMORE):  Royal Challengers Bangalore captain Virat Kohli believes his side needs to keep a calm head during pressure situations and take on the half chances to secure victory in the remaining games of the ongoing edition of the Indian Premier League.

RCB were on Monday handed their seventh defeat in the ongoing IPL as Mumbai Indians beat them by five wickets at the Wankhede Stadium in Mumbai.

Also Read: Time away from game is helping me now: Hardik Pandya

After winning the toss and opting to bowl, MI restricted the visitors to 171-7 and then chased down the runs in 19 overs.

RCB pacers once again came with a below par performance. In fact such was their performance that spinner Pawan Negi was preferred over the likes of Umesh Yadav, Mohammed Siraj and Navdeep Saini, to bowl the penultimate over of the match with MI needing 22 runs of the last two overs.

However, the ploy didn't work for the RCB as the left-arm spinner was taken for a toll with star all-rounder Hardik Pandya collecting two sixes and two fours to win the match for his team.

Kohli though backed his decision to hand the ball to Negi in the penultimate over. "At the end, we had to take the risk with the left-arm spinner, with two right-handed batsmen. Giving pace was risky, especially with a bit of dew. Unfortunately, it didn't come off."

The RCB skipper was also full of praise for England all-rounder Moeen Ali, who along with AB de Villiers (75 off 51), scored a superb fifty to propel the team to 171/7. Ali also picked up two wickets and kept his side in the hunt to secure their second win of the season.

"He's (Moeen) been outstanding. Striking the ball well and bowling with a lot of heart. It's good to see a senior player taking responsibility and he deserves all the credit," said Kohli.

Kohli's men have seven losses in eight matches this season and now face the demanding equation of having to win their remaining six matches to provide themselves with a chance of making to the playoffs.

"We just have to enjoy ourselves, play the way we did in the last two games. We need to keep our composure under pressure," he said.

RCB will now take on Kolkata Knight Riders on Friday at the Eden Gardens.