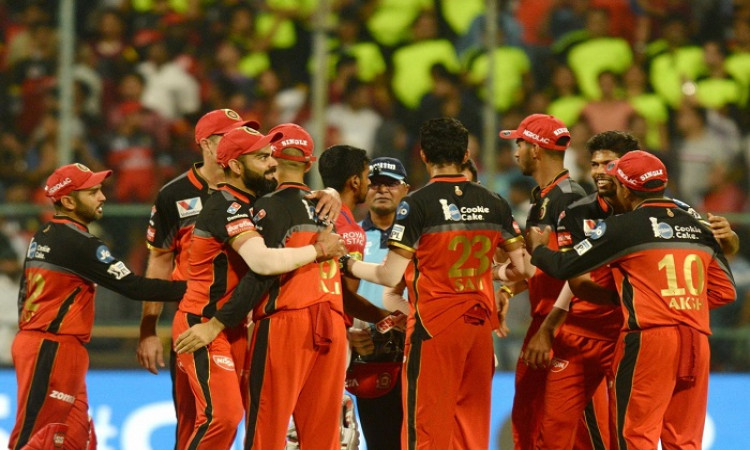 Bengaluru, April 25 (CRICKETNMORE):  Umpiring howlers refuse to end in the 12th edition of the Indian Premier League, and on Wednesday night umpire Shamshuddin was in the spotlight. He forgot where he kept the ball at the end of the 13th over of the RCB innings as players headed for a strategic break during the Royal Challengers Bangalore and Kings XI Punjab face off.

Resuming the game after the second strategic break, KXIP skipper R. Ashwin and Ankit Rajpoot could not find the ball even as AB de Villiers and Marcus Stoinis waited for the game to get underway. Ashwin walked up to Shamshuddin, but even he couldn't track the ball.

Also Read: Dale Steyn ruled out of IPL 2019 due to shoulder injury

Play was halted as Bruce Oxenford joined the scene and the fourth umpire rushed onto the field with a new box of balls. But television replays showed that Shamshuddin had put the ball in his pocket before the players headed for the strategic break at the M. Chinnaswamy Stadium.

The confusion left AB de Villiers in splits and what followed was an onslaught from the former Proteas skipper as RCB beat KXIP by 17 runs.

Speaking after the game, ABD said that he was only looking to stay calm and not get rattled by the situation. While his innings and the partnership with Stoinis was the game changer, de Villiers also praised the RCB bowlers for putting up a good show as it was relatively easy to bat in the second innings.

"I tried to stay calm in the last few overs. It is not easy always, the game is happening at a rapid pace. We know our home ground very well, it hasn't been a great hunting ground for us to start with but we are turning things around now. And we are doing things well. We are doing good as a team. I still think 160 was a par score but it gets easier in the second innings. Our bowlers executed their plans to perfection in the end," he smiled.