Kolkata, March 28 (CRICKETNMORE):  A new day, a new game, but the same old result as Kolkata Knight Riders all-rounder Andre Russell smashed his way to a 17-ball 48 to help set the game for KKR against Kings XI Punjab at the Eden Gardens on Wednesday night. 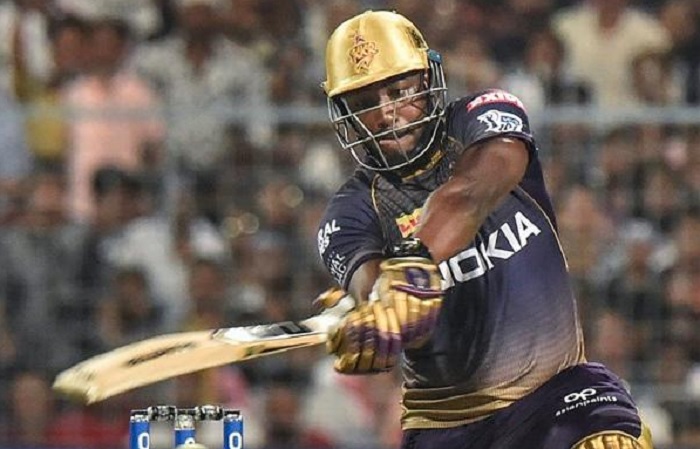 After his blitzkrieg against Sunrisers Hyderabad in the opening game, it was KXIP's time to face the heat and the all-rounder said that he likes to keep things simple at the batting crease.

"You have to make sure you have a clear head. When I run out to bat... That little run I do, it just gets my body warm, gets the adrenaline rush. It's not something I do just because I want to, but it's something I do to get warm, get into the mood, swing my bat a few times.

"If the first ball is in the slot, I go at it. It's just certain logics... I have been doing over the years and it's been working and I am happy," he smiled.

But it could have been all over for Russell even before he started because KXIP bowler Mohammed Shami had cleaned him up with the perfect yorker. Luckily for the batsman, Punjab had only three fielders inside the circle so it was adjudicated a no-ball.

Commenting on the situation, Russell said: "Thanks to that guy was outside the ring. It's the new guy, I forgot his name, but well done. Thank you. When I got bowled, I was like... Mmmm I missed out tonight. But then when I saw everyone in the dugout signalling no ball then I was like please God let this be a free-hit for front foot, but I realised it was the guy outside the circle and I just capitalised on that. You don't get these things everyday. You have to maximise on these opportunities."

After shining with the bat, Russell returned to pick two wickets with the ball and that included the wicket of 'Universe Boss' Chris Gayle. While the all-rounder was elated, he added that Gayle is the bigger legend.

"I think I have to make a bigger garage with all these cars and awards. Well done to the guys for playing good cricket.

"Gayle is like a brother to me, the bigger legend. To get him out early was great. The plan was to bowl tight to him and restrict him. I am happy that I could get the job done.

"We discussed and executed our plays for K.L. Rahul as well. Today I hit some big ones, but he (Gayle) is still the bigger hitter," he said.