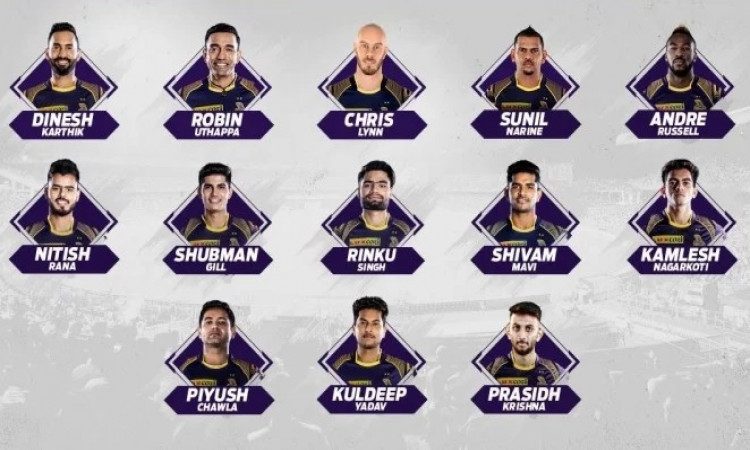 Kolkata, March 5: Consistency has been their forte, but former champions Kolkata Knight Riders will aim for nothing less than a third title when they renew acquaintances in the 12th edition of the Indian Premier League (IPL).

KKR are two-time champions, having won the coveted trophy in 2012 and 2014. However, for the past three campaigns they have crashed out at the playoff stage and failed to reach the summit clash.

Dinesh Karthik took over from Gautam Gambhir as the captain last season and it was no secret that the stumper-batsman had big shoes to fill from ball one.

Gambhir not only led KKR to both the titles, but is their all-time leading run getter with 4217 to his name at an average of 31.

Karthik, to his credit, led from the front in his debut season, amassing 498 runs and finishing as the team's highest scorer. But the Shah Rukh Khan co-owned franchise lost to Sunrisers Hyderabad in Qualifier 2 last season.

"We have realised what we lacked last year and we have added resources accordingly. Thus, we are a more well-rounded team this year," Karthik, 33, had said during a promotional event at Eden Gardens a few days back.

They are additions to an already stacked side that has the likes of Sunil Narine, Andre Russell, Chris Lynn, Karthik and Kuldeep Yadav.

The city-based team also boasts of the best young talents on their roster. Shubman Gill will be the one to watch out for as the hugely talented top-order batsman not only impressed last term but also made his international debut for India during the one-day international series against New Zealand.

Talking of experience, KKR will look to vice-captain Robin Uthappa for inspiration. A veteran of 165 IPL matches, Uthappa is a seasoned hand in the shortest format of the game, having amassed over 4000 runs at a commendable strike rate of 131.84.

Needless to say, India's top-draw chinaman bowler Kuldeep will also be an important cog in KKR's wheel. He was a key player during India's recent tours of Australia and New Zealand and the Knight Riders can bank on his heroics when the going gets tough.

Among the foreign recruits, Lynn is one of the best power hitters in the game and was the second-highest run-getter for KKR last term as he amassed 491 runs from his 16 innings.

Andre Russell, buoyed by the call-up to the West Indies team, is always an explosive option with bat and ball. He contributed 316 runs at a phenomenal strike rate of 184.79 and chipped in with 13 wickets.

Russell's international teammate, Sunil Narine, has been KKR's strike bowler for a long time. He grabbed 17 wickets from his 16 matches that came with a fantastic economy rate of 7.65. On top of it, Narine retains his ability to strike big at the top of the order.

Talking about the big new recruits, Ferguson is one to look out for. The Kiwi bowler has express pace and has troubled the Indian batsmen with accurate bowling during their recent tour of New Zealand. Ferguson will be playing only his second IPL season - having turned out for Rising Pune Supergiants in 2017 - and will want to justify the Rs 1.6 crore fee KKR shelled out for his services.

Overall, KKR have a good mix of established hands and young guns and should mount a serious title challenge.