IPL-2018: Punjab, Hyderabad look to outwit each other 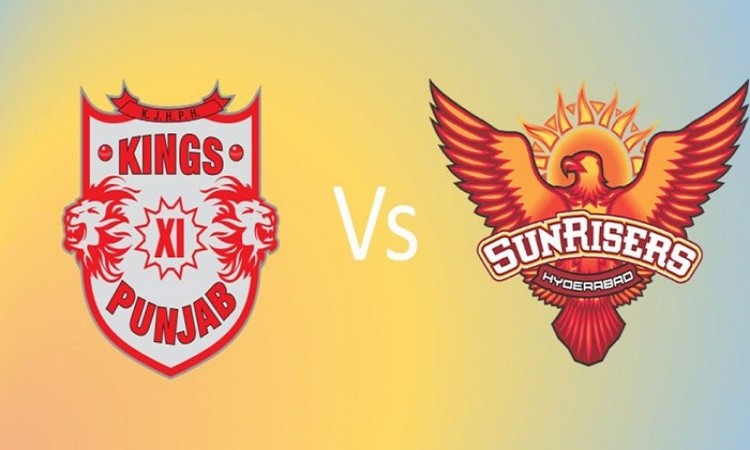 Hyderabad, April 25 (CRICKETNMORE) - Table-toppers Kings XI Punjab (KXIP) and Sunrisers Hyderabad (SRH) will be aiming to outsmart each other and continue their winning run when they face-off in an Indian Premier League (IPL) tie at the Rajiv Gandhi International Stadium here on Thursday.

A rampant Punjab has won five of its six league games while Hyderabad have managed to carve out four victories from six games, standing third in the league points-table.

Punjab openers Lokesh Rahul and Chris Gayle have been a major reason behind their success. While Rahul has accumulated 236 runs from six games, the Caribbean self-proclaimed "Universe Boss" has amassed 229 runs from just three matches.

Gayle however, missed the previous match against Delhi Daredevils due to fitness issues and his absence was clearly felt in Punjab's opening. If the 38-year-old returns for Thursday's game, it will be again be a threat to the opponent's bowling.

Karun Nair has also been impressive after 173 runs from five innings but veteran Yuvraj Singh, Aaron Finch and Mayank Agarwal are yet to make their presence felt in the middle.

The trio's poor form could be a cause of concern for the team management, keeping in view Hyderabad's decent bowling attack.

On the other hand, Sunrisers have their tails up after defending a paltry 118 against Mumbai Indians on Tuesday.

The Sunrisers' bowlers dished out a superb performance to trigger a batting collapse of Mumbai and eventually defend the total by 31 runs at the packed Wankhede Stadium.

Earlier, the Kane Williamson-led side kicked-off their campaign in an impressive way with three wins on the trot but later suffered successive defeats to Kings XI Punjab and Chennai Super Kings.

Williamson has been in good touch and has carried the batting on his shoulders. The New Zealand batter has amassed 259 runs from six games.

However, Shikhar Dhawan and Wridhiman Saha, have not given the required support to Hyderabad's batting.

Saha has been below par with the bat with just 62 runs while Dhawan has been a bit better with 135 runs from five innings.

Yusuf Pathan had shown glimpses of his old attacking batting against Rajasthan Royals with a quick 27-ball 45, but failed to repeat the show against Mumbai.

Hyderabad's strength mostly relies on their bowlers, who didn't let Bhuvneshwar Kumar's absence be felt in the game against the Rohit Sharma-led side.

Bhuvneshwar has scalped six wickets from four games, with an economy under seven.

Spinners Shakib Al Hasan and Rashid Khan have also bagged six wickets each from as many games while medium pacer Siddarth Kaul has been the most impressive with nine wickets from six games.

Another medium pacer Basil Thampi, who featured in just a game for Hyderabad, came out with a clinical show against Mumbai. The 24-year-old picked two wickets conceding just four runs from 1.5 overs.

However, pacer Billy Stanlake, who has been in good touch in the ongoing edition with five wickets from four games, has been ruled out of the remaianing season after a fracture in his finger.

Overall, it will be Punjab's batting versus Hyderabad's bowling when the two sides square-off on Thursday.