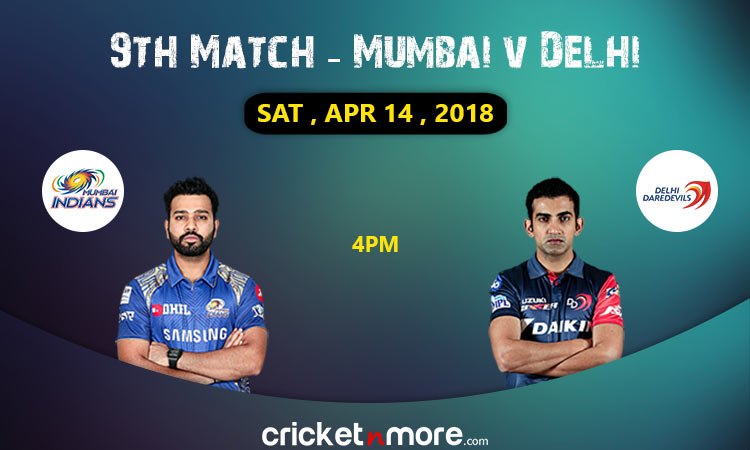 Mumbai, April 13 - Holders Mumbai Indians (MI) and Delhi Daredevils (DD), both winless so far, will be eager to crack a win and register their first points when they clash in an Indian Premier League (IPL) tie at the Wankhede Stadium here on Saturday.

Rohit has so far failed to lead from the front for Mumbai while the likes of West Indians Elvin Lewis, Kieron Pollard and Suryakumar Yadav have also not fired.

Another worry for Mumbai, who have not batted well in the first two matches, is the injury to India all-rounder Hardik Pandya. In his absence, big brother Krunal Pandya could be pushed up the order as Hardik did not play in the game against Sunrisers.

Suryakumar Yadav is the only batsman to be among runs and his role will be a key element for the team, especially if it loses early wickets. In both the games MI lacked big partnerships.