IPL 13: Wouldn't Want To Bowl To Russell Even In The Nets, Says Lad

Kolkata Knight Riders' all-rounder Siddhesh Lad has said he would not want to bowl to the destructive West Indies all-rounder Andre Russell, even in the nets. 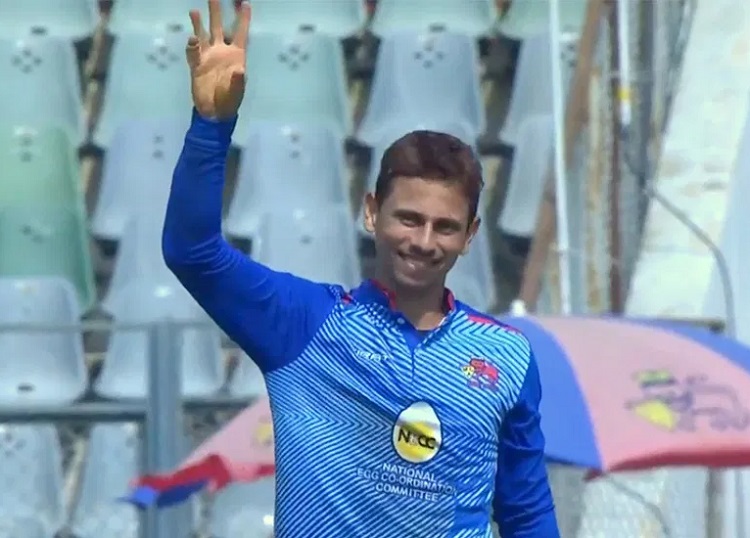 Lad, who hails from Mumbai, was roped in by two-time champions KKR for this season of the Indian Premier League (IPL) slated to begin from September 19 in the United Arab Emirates (UAE). He is just one-match-old in the IPL, but his moderately vast experience in domestic cricket made a strong case for him ahead of the IPL 2020 auction.

"I have missed playing in IPL, which is the biggest platform for cricket in India. I have had pretty decent domestic seasons but I feel if I can back it up with some good IPL seasons, it will be quite a boost for my future," he told KKR's official website, kkr.in.

"I have been preparing for the highest level of cricket all this while. As of now, I am playing Ranji (Trophy) but I ensure that I practise enough in a way that gives me the required preparation for an international career someday as well. I am making sure whenever I get that kind of opportunity, I do well."

On his bowling, Lad said: "I have always bowled off spin since my school days. But I never spent a lot of time developing my bowling skills as I was too fond of batting. However, I realised soon that bowling is also very important and since the last three years, I have spent quite some time with my bowling coach.

"He felt that I could do well with the ball. I took a few bowling sessions with him and I guess that's why I could take the fifer this season. I think it is very important to bring some value to the table. Any dimension that you can add to your skills is helpful."

In a recent live video, Lad had said he would rather face Jasprit Bumrah in the nets than bowl to Russell.

"I will have to bowl to him (Russell) in the nets at some stage now obviously (laughs). I have already faced Bumrah in the nets and in domestic matches.

"So, I somewhat know what to expect. With Russell, I have seen how destructive he can get. I have never bowled to him. So, I think it is the uncertainty of the whole thing that made me say that I don't want to bowl to Andre Russell," he said.