AUG 20, NEW DELHI: Following Ricky Ponting's statement that he will be speaking to Ravichandran Ashwin about 'mankading', Brad Hogg has apparently backed the Indian off-spinner while offering a different viewpoint. 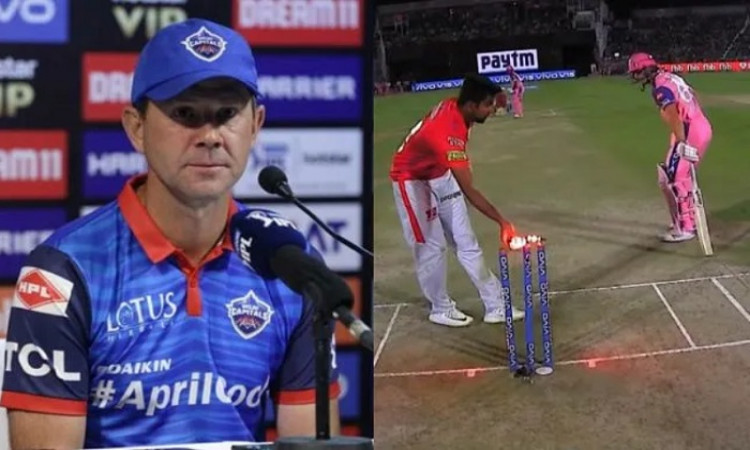 Hogg, Ponting's former Australia teammate, has said if a bowler shouldn't 'mankad' then the batsman at the non-striker's end should also not back up too far and leave the crease before the ball is delivered.

"Batsman leaving the crease before the ball is delivered, when they know they're getting an advantage, is that in the spirit of the game!" the former left-arm chinaman bowler said in a tweet.

Ponting, who is Delhi Capitals head coach, had recently said that he is not in favour of 'mankading' and will have a chat with Ashwin, who will be playing for the Delhi-based in the upcoming edition of the Indian Premier League (IPL) beginning September 19 in the UAE.

England batsman Buttler was 'mankaded' by Ashwin at a crucial moment in last year's IPL season during a match between Kings XI Punjab and Rajasthan Royals. The manner of the dismissal had created ripples across the cricketing fraternity and beyond, with many former greats of the game lambasting the Indian off-spinner for breaching the 'spirit of the game'.

"I'll be having a chat with him (Ashwin) about (mankad), that's the first thing I'll do," Ponting said while speaking on The Grade Cricketer Podcast,

"Obviously, he wasn't in our squad last year, he's one of our players that we tried to bring in this year.

"Look, he's a terrific bowler, and he's done a great job in the IPL for a long period of time now, but I must admit watching that last season, as soon as it happened and he did that, I actually sat our boys down and said 'Look, I know he's done it, there'll be others around the tournament who'll think about doing this well but that's not going to be the way that we play our cricket. We won't be doing that'," he added.

Ashwin had earlier defended his decision to run out Buttler, saying his "conscience was clear". However, the Delhi Capitals head coach is confident that the veteran Indian off-spinner will take the advice in his stride.