IPL 13: No Pressure Of Being Senior SRH Player, Says Bhuvneshwar

Fast bowler Bhuvneshwar Kumar believes being the senior bowler of the SunRisers Hyderabad (SRH) he will have to take more responsibility in the upcoming Indian Premier League (IPL). However, he says he is not feeling any pressure and he is looking forward to put up a good performance that will help his side win matches beginning on September 19 in the United Arab Emirates (UAE). 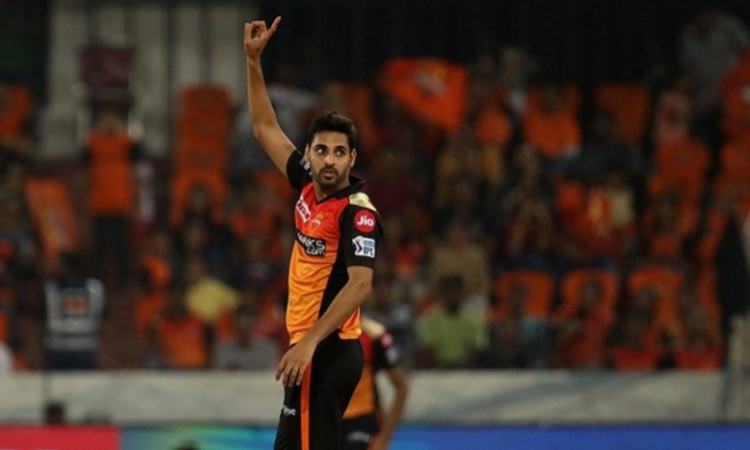 IPL 2020 was initially scheduled to be played in India in March but because of the Covid-19 pandemic, it had to be shifted to the UAE and matches will be played across three venues -- Abu Dhabi, Dubai and Sharjah -- without spectators.

While the crowd support serves as a motivating factor for players, Bhuvneshwar feels cricketers still would be raring to go on the field and give their best, considering they have been away from the game for quite a long period.

"Fans always motivate you when they cheer for you or your team," said the right-handed fast bowler. "Since no one has played any cricket for months, so everyone in the squad is hungry and motivated to go back to the field, play, and give his best shot."

The 30-year-old bowler further said that his team was preparing well for the tournament and would put in its best foot forward to try and clinch the trophy for the second time after 2016 (the team in its earlier avtar as Deccan Chargers had won the 2009 title).

"I think every team has got fairly equal chances of winning the title. Talking about SRH, indeed, we are preparing well and definitely want to win it."

The pitches in the UAE tend to be slow and spinner-friendly and thus fans could expect matches to be not as high-scoring as they are used to witnessing in India. However, Bhuvneshwar feels batsmen will find a way out to score runs and bowlers will have to be on their toes to keep them in check.

"I wouldn't say bowlers will have an upper hand completely because both the batsman and bowler find out a way to score runs or take wickets, even if the pitches are not suitable for them. That is how this game is," he said.