Kings XI Punjab skipper KL Rahul and his teammate Mohammad Shami continue to hold Purple and Orange Caps respectively following the conclusion of Monday's Indian Premier League (IPL) 2020 match between Royal Challengers Bangalore and Mumbai Indians which the Virat Kohli-led side won in the Super Over. 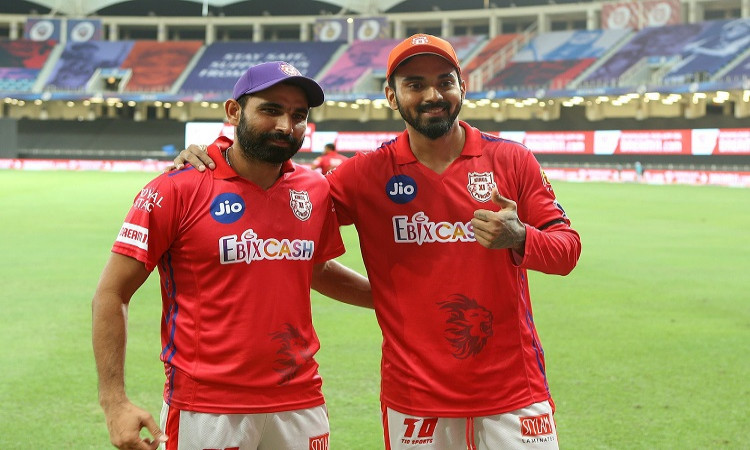 Rahul has so far scored 222 runs in three matches, including one hundred and a half century for Kings XI and sits at the top of the charts in the list of leading run scorers. He is followed by teammate Mayank Agarwal (221 runs in three games) and Chennai Super Kings' Faf du Plessis (173 runs in three games).

Meanwhile, the Shreyas Iyer-led side currently stand at the top of the points table with four points, having won both their opening games so far in the league. They are followed by Rajasthan Royals (four points from two games) and Royal Challengers Bangalore (four points from three games).

On Tuesday, Delhi Capitals are slated to take on SunRisers Hyderabad (SRH) at the Sheikh Zayed Stadium in Abu Dhabi.