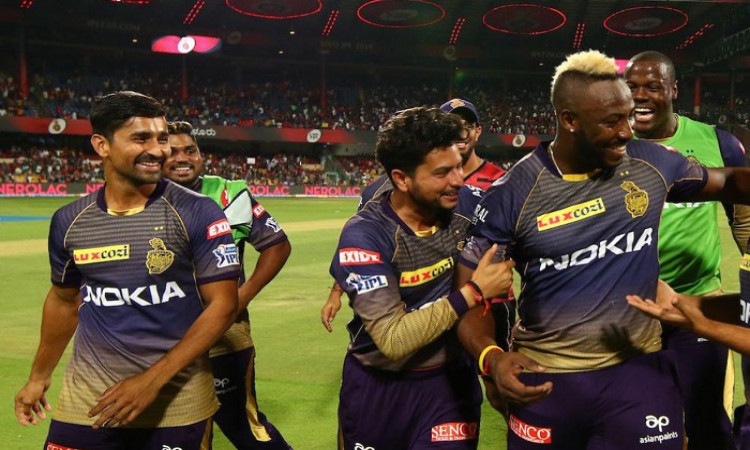 AUG 21,  NEW DELHI: Two-time champions Kolkata Knight Riders (KKR) are hopeful that England and Australian players will not have to skip their initial matches in the upcoming Indian Premier League (IPL) as something is being worked out to see the interests of all Both England and Australia will be involved in a limited-overs series from September 2 to 16 in the UK with the IPL starting from September 19 in the UAE.

As many as 29 England and Australian players are spread across the eight IPL squads, with KKR having five of them (Eoin Morgan, Pat Cummins, Tom Banton, Chris Green and Harry Gurney).

Also Read: Need To Make Sure We Are Positive When We Hit The Ground Running: Rahane

When quizzed about their participation from the start of the season despite the bilateral series, KKR CEO Venky Mysore told IANS: "We are very hopeful".

IPL had recently indicated to franchises that relaxation of the mandatory seven-day quarantine period that players had to undergo after arriving in the UAE was unlikely. That period also includes team members clearing three COVID-19 tests before they can begin training.

"They are working on a plan. Let's see what happens," Mysore said when asked about the same.

On Thursday, Royal Challengers Bangalore (RCB) chairman Sanjeev Churiwala also expressed hope that English and Aussie players won't have to sit out for the initial games.

Churiwala explained that as per the final set of the tournament's Standard Operating Procedures (SOPs), the players travelling from the England-Australia series will need to follow strict protocols to ensure they seamlessly pass from one bio-secure bubble (in England) to the other (in the UAE).

"For the players landing after the England and Australia series, on September 17, that is very close to our matches," Churiwala was quoted as saying by ESPNCricinfo.

"The BCCI have also issued very detailed SOPs and procedures to be followed by these players in terms of their participation.

"What the SOPs say very clearly is that they can participate without quarantine, provided they satisfy certain very stringent conditions. And they're very, very stringent.