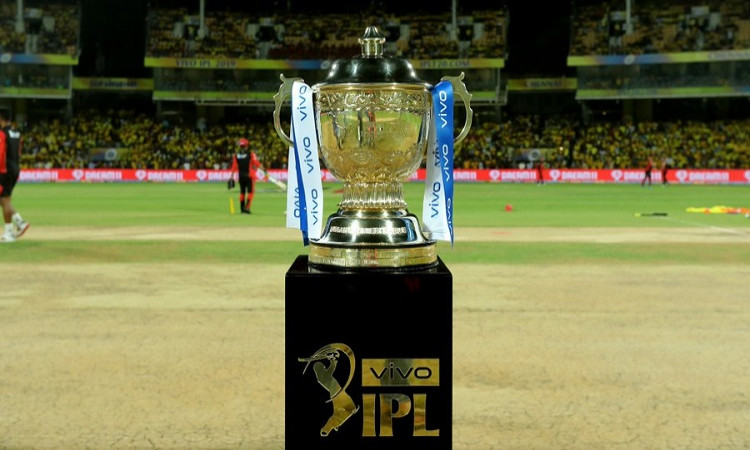 New Delhi, Aug 1:  The all-important Governing Council meeting of the Indian Premier League (IPL) is set to take place on Sunday. And all the eight franchises are eagerly awaiting the outcome of the meeting as they look to move into the final stages of preparations for the league to be played in the UAE this time round due to COVID-19 pandemic.

While IPL Chairman Brijesh Patel has already said that all minute details with regards to the conduct of the cash-rich league will be discussed in Sunday's meeting, franchises have told IANS that the four major areas of focus for them are confirmation of the tournament and schedule, the Standard Operating Procedures (SOP) with an eye on the coronavirus, confirmation of availability of overseas players and finally the logistical plan with regards to family travel.

Confirmation of the tournament and schedule:

While there have been talks here and there about the BCCI requesting the government for permission on the hosting of the league in the UAE and getting the necessary approvals, some of the franchises are still waiting for the final clearance before getting done with the visa and necessary travel plans. Also, on and off, there have been talks about an extension in the window of the league.

"We are yet to get the final word on the tournament which will then see us get our visas done. We need to understand that at this point in time which is the category under which we shall apply for visas. This is something that the BCCI will have to guide us with," an official of a franchise said.

Another official said that there have been quite a few reports in the media about an extension of dates. "While we initially read that Patel had confirmed the September 19-November 8 window, there have been talks of having the final on November 10. So, we do need a final clarity along with an idea on the days we are getting between matches and which are the venues we are playing at," the official explained.

With an eye on the coronavirus pandemic, teams want a clear guideline on the dos and don'ts. "We are yet to get clarity when it comes to what is allowed inside the bio-bubble and what is not. If there will be more than one team in a hotel. How do we go about it if players want outside food? Will we have a team for that separately? Also, what happens if someone has to leave the bubble for an emergency, what will be the procedure for induction or if an injured player is replaced, how does that player join the rest of the squad? Will he then have to undergo quarantine even though UAE rules don't call for quarantine measures if he has a negative report.

"We have quite a few questions and hopefully the answers will come with the GC meeting. Also, if the BCCI medical team will be the final word or the franchise medical teams will be in-charge of the respective teams," a team official said.

While England and Australia are expected to play a bilateral series till September 15, the West Indies players along with some of the foreign stars will be busy till September 10 with the Caribbean Premier League. Not to forget that South African players have their own problem as the increase in cases has seen the federal government restrict air travel. And so, franchises want a clarity on these matters.

"Will the English and Australian players miss the first round of games as they come from the UK to Dubai? What about the players coming in from playing in the CPL? Will they need to be handled differently? But most importantly, we need a word on the status of the South African players because all of us have players from there who are integral parts of our teams. We have had informal talks about flying all of them into UAE on a chartered plane, but the final call depends on the BCCI's directives on the same," an official explained.

Logistical planning with eye on family:

Franchises are more or less convinced that the players deserve to have at least their immediate family with them for a short span of time through the 60-day period. Five franchises have told IANS that it would be a plus keeping in mind the interest of the players.

"We are told that there will be a cap on the number of people who will be allowed to be with each of the eight teams. But we would like to hear from the BCCI on whether the players can be allowed to have their wives and girlfriends for a short span of time as going out of the hotel isn't an option.

"Also, some clarity is needed on the total group allowed per team because you do need net bowlers and people to help with conducting training. If UAE as hosts will be providing the training personnel or how do we need to plan around the members cap -- these are things we are hoping to get clarity about tomorrow," an official of an IPL team said.