US fast bowler Ali Khan has been roped in as replacement for Harry Gurney by Kolkata Knight Riders for the upcoming season of the Indian Premier League (IPL) slated to start from September 19 in the United Arab Emirates. 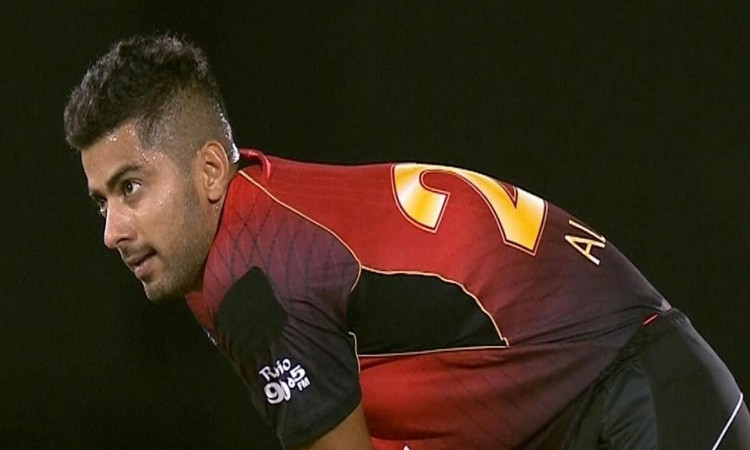 Gurney, who is scheduled to have surgery related to a shoulder injury, had last month pulled out of both the IPL and T20 Blast competition.

Khan's signing will make him the first American player to feature in the IPL, reports ESPNcricinfo.

The right-arm fast bowler will come into the IPL on the back of a successful campaign at the recently-concluded Caribbean Premier League (CPL) with the Trinbago Knight Riders -- the CPL franchise with the same parent company as KKR -- in which they won all 12 matches to seal the title. In this season, Khan took eight wickets in eight matches that he played.

The report further said that Khan was seen in an Instagram story posted by the TKR and Chennai Super Kings all-rounder Dwayne Bravo, shot inside a plane, with the caption "next stop Dubai".

The 29-year-old rose to prominence during the 2018 Global T20 Canada, where he caught the attention of Bravo, who brought the youngster to the CPL. That year, he picked up 16 wickets from 12 matches for Guyana Amazon Warriors.