Inzamam-ul-Haq believes Sachin Tendulkar's 98-run knock against Pakistan in the 2003 World Cup was one of the "best innings" played by the former Indian batsman during his stellar career. 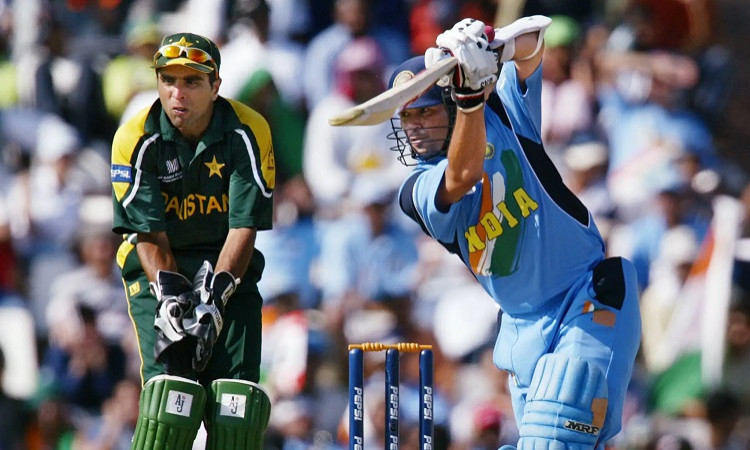 In the group-stage match played on March 1, 2003, at Centurion in South Africa, the Pakistan team failed to defend a target of 274. India rode on Tendulkar's 98 to chase down the target with more than four overs to spare.

"I have seen Sachin play a lot but the way he batted in that match; I have never seen him play like that before. The way he played against our fast bowlers in those conditions was superb. I think he scored 98 before getting out to Shoaib Akhtar," Inzamam told India off-spinner Ravichandran Ashwin on his YouTube show 'DRS with Ash'.

"I feel that innings of Sachin was one of his best. He broke all the pressure that existed. He played a top-quality innings against genuine quality fast bowlers like ours. The way he hit those boundaries, the pressure got released on the batsmen who came after him. If someone were to ask Sachin, he too would absolutely love that innings of his," he added.

Inzamam also said Pakistan was confident about winning that game after scoring 273 as they had a very good bowling line-up consisting of Wasim Akram, Waqar Younis, and Akhtar.

"Our bowling line-up consisted of Wasim Akram, Waqar Younis, and Shoaib Akhtar and the conditions were favoring the fast bowlers. The match was being played at Centurion in South Africa. So we felt that we had put up a pretty good score," said Inzamam.

Earlier, Akhtar had said that the 2003 World Cup loss against India was the "most disappointing match" of his entire career.

"The most disappointing match for me in my entire career was the 2003 World Cup match against India at Centurion. We had failed to defend a target of 274 despite having a very good bowling line-up," Akhtar had earlier said.