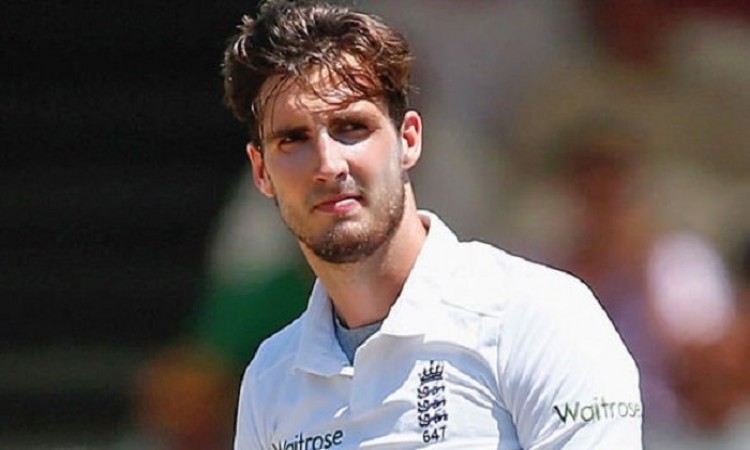 London, Nov 7 (CRICKETNMORE): In a setback for England's chances in the upcoming Ashes series against Australia, pacer Steven Finn was ruled out on Tuesday after scans revealed that he has a torn left knee cartilage.

The 28-year-old pacer, who was added to the squad following all-rounder Ben Stokes' arrest, was injured in training on Thursday.

He will return to the UK in the next 48 hours to consult specialists and decide whether he requires surgery.

"Steven Finn will miss the remainder of England's tour of Australia after scans revealed that he has a torn left knee cartilage," an England and Wales Cricket Board (ECB) statement said.

"The Middlesex seamer sustained the injury during practice last week in Perth and will now return to the UK in 48 hours where he will meet a knee specialist to ascertain whether he will have an operation.

"England will announce his replacement for the rest of the tour in due course," the statement added.

Finn was initially ruled out of England's opening two tour matches at the WACA in Perth over the weekend and against a Cricket Australia XI in Adelaide from Wednesday, but an injection has not helped, leaving him with no choice but to leave the tour.

The first Ashes Test begins in Brisbane on November 23.