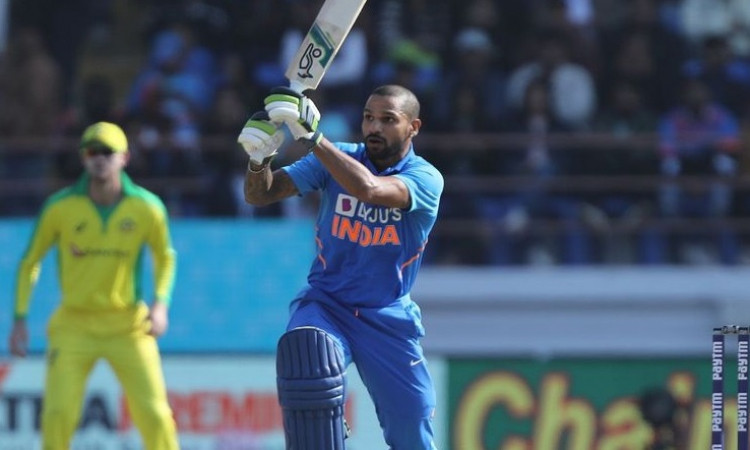 Rajkot, Jan 17:  India opener Shikhar Dhawan could not take the field against Australia in the second ODI after he got hit on the rib-cage while batting, a BCCI statement said.

Leg-spinner Yuzvendra Chahal replaced the left-hander who scored 96 as India amassed 340/6 after being asked to bat first.

"Shikhar Dhawan got hit on the rib-cage on his right side. He will not be taking the field today," BCCI tweeted.

Dhawan scored his third straight fifty with a sublime 96 from 90 balls, his innings laced with 13 fours and a six as skipper Kohli smashed a 76-ball 78 (6x4). But it was Rahul, batting at No.5 as the regular keeper in place of Rishabh Pant, who gave India the much-needed push in the last ten overs with his aggressive batting and range of shots.

Rahul was run out in the final over for 80 off just 52 balls, his quickfire knock studded with six fours and three sixes.

Dhawan had just returned to the team after recovering from an injury and looked good in the last ODI too which India lost by 10 wickets.