Injured Prithvi Shaw ruled out of first Test against Australia 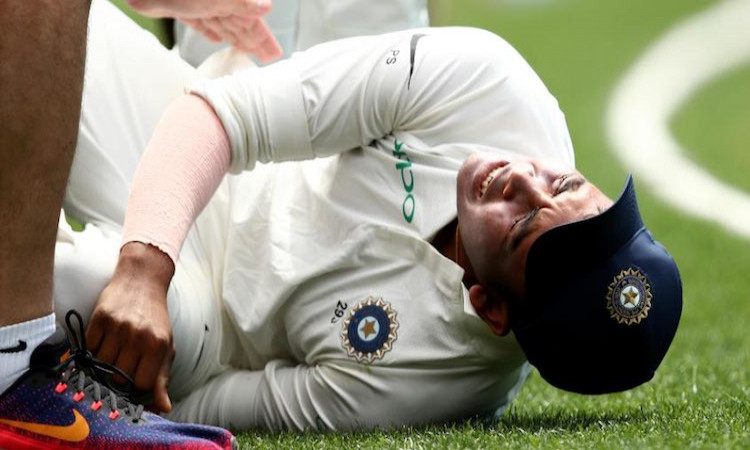 Nov.30 (CRICKETNMORE) - Young Indian opening batsman, Prithvi Shaw had to be carried off the field after hurting his ankle during the tour game against Cricket Australia XI . Shaw hurt himself while attempting to take a catch at the boundary line during the local side’s innings. Scorecard - India vs CA XI

To maintain his balance and keep himself inside the ropes, Shaw went over on his ankle. The youngster had to be carried off after a bit by members of the Indian team’s medical staff.

Shaw was sent for scans to a local hospital in Sydney, and the Board of Control for Cricket in India (BCCI) confirmed the day after on Friday, 30 November – that Shaw wouldn’t play a part in the first Test against Australia, starting 6 December in Adelaide.

"Shaw underwent scans this morning and the reports revealed a lateral ligament injury," said the BCCI in a statement. "Shaw will be unavailable for the First Test against Australia in Adelaide. He will undergo an intensive rehabilitation program to hasten the recovery and be available for selection at the earliest."

Update: The medical team is assessing Prithvi Shaw at the moment. He hurt his left ankle while attempting to take a catch at the boundary ropes. Shaw is being taken to the hospital for scans #TeamIndia pic.twitter.com/PVyCHBO98e