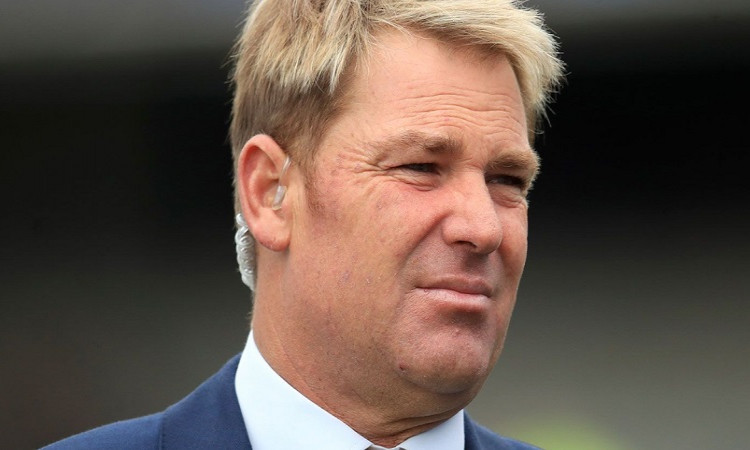 Former Australia leg-spinner Shane Warne has requested the country's cricket board to keep the Melbourne Cricket Ground (MCG) as the venue for the Boxing Day Test against India scheduled to be played towards the end of the year despite an increase in coronavirus cases in the state of Victoria.

Cricket Australia is likely to announce the schedule for India's tour of Australia, which includes the four-Test Border-Gavaskar Trophy, this week and there are fears that the iconic MCG may lose the Boxing Day Test.

Also Read: IPL 13: Wouldn't Want To Bowl To Russell Even In The Nets, Says Lad

"Cricket is the 2nd biggest sport in the world behind soccer(fact) & the biggest day on the Aust sporting calendar is the Boxing Day test. We must try & do everything possible to keep it at the MCG this year. FYI- The Melb Cup & the AFL GF are the next biggest events in Aust! (sic)," Warne said in a tweet.

According to a report in ESPNcricinfo, the Adelaide Oval is prepared to host back-to-back Tests, including a day-night match as well as the Boxing Day against India in case the MCG is not available.

"We didn't think it was acceptable to have the team return from a high-risk overseas location and then take part in normal training activities outside of quarantine, before flying out to another state to play games." Mark McGowan, the Premier of the WA state government, was quoted as saying in the report.

"There were just too many risks in the model put forward by Cricket Australia. We need to remain vigilant and do the right thing by all Western Australians and not take unnecessary chances."

The Board of Control for Cricket in India (BCCI) has requested Cricket Australia to allow their players to train during the quarantine period inside the bio-bubble, but in Perth that won't be possible.

"We acknowledge the WA government has a firm position on quarantine and border arrangements," a CA spokesperson said.

"The Australian men's team will not be quarantining in Perth upon their return from the UK," he added.