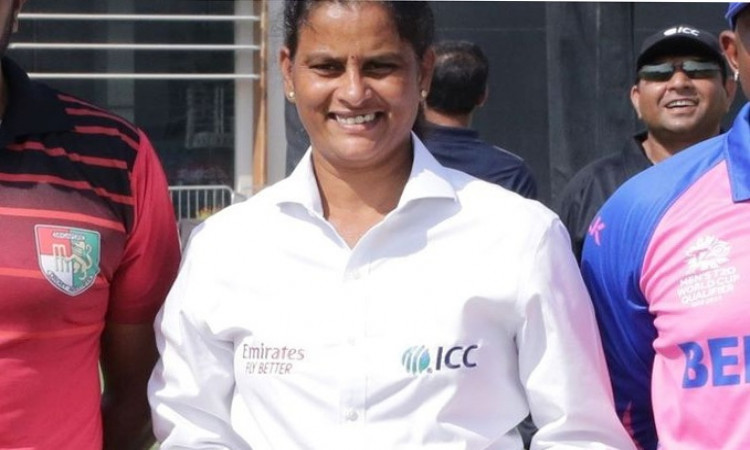 Dubai, Feb 12:  India's G.S. Lakshmi will become the first woman match referee to officiate at a global ICC event when the Women's T20 World Cup starts in Australia from February 21.

On Wednesday, the International Cricket Council (ICC) announced the match officials for the league phase of the Women's T20 World Cup, with three match referees and 12 umpires set to take the reins for the 23-match tournament.

Lakshmi will officiate as match referee in the league match of the tournament to be played between former champions West Indies and first-timers Thailand on February 22 at WACA in Perth.

Last year, she had become the first female match referee to oversee a men's One-Day International in the opening match of the third series of the ICC Men's Cricket World Cup League 2 in the United Arab Emirates.

The list of match officials for the T20 World Cup includes a record six women. Besides Lakshmi, Lauren Agenbag, Kim Cotton, Claire Polosak, Sue Redfern and Jacqueline Williams are the other women who will officiate as umpires for the eight-team competition.

Williams will stand along with Shaun George in the high-profile tournament opener between Australia and India on February 21, soon after becoming the first woman to officiate as a third umpire in a men's international cricket match.

Polosak, who became the first female umpire to officiate in a men's ODI last year, will pair with Nitin Menon in the match between West Indies and first-timers Thailand on February 22.

Chris Broad will be the senior most match official at the event with Steve Bernard also officiating as match referee. The other umpires at the tournament will be Gregory Brathwaite, Chris Brown, Ahsan Raza, Langton Rusere and Alex Wharf.