The Indian women's cricket team recovered from a precarious position of 55/3 to reach 131 for 4 in 15.2 overs before heavy rain stopped the proceedings in what was developing into an intriguing clash between the bat and the ball in the first of the three women's T20I against Australia at the Carrara Oval here on Thursday. The match was abandoned with only 15.2 overs possible. 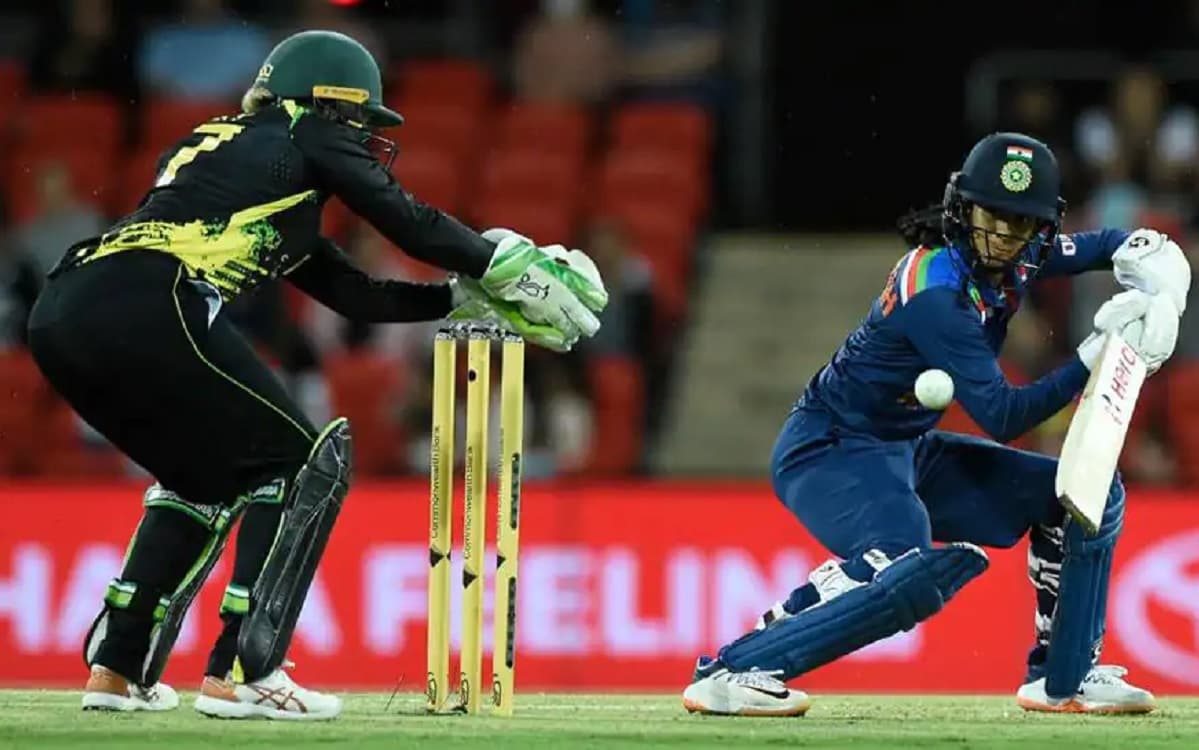 India got off to an explosive start with Smriti Mandhana, who scored a brilliant century in the one-off Test last week, and Shafali Verma putting on 31 runs on the board.

Shafali dealt exclusively in sixes. hitting three in her 14 ball stay, while Smriti looked intent on taking down the left-arm spin of Sophie Molineux, and it needed Ashleigh Gardner's introduction in the fourth over to shift the tone, with the off-spinner removing both openers in the space of five balls. Smriti got out first, caught by Hannah Darlington for 17. Shafali was caught by Georgia Wareham for 18.

Sophie returned in the sixth over and duly struck with the big wicket of the returning Harmanpreet Kaur (12), who had looked in ominous touch in striking three boundaries from her first four balls.

Aussie quick Tayla Vlaeminck (0-32), who in her fourth over hit 122.9kph (and amused viewers when the television speedo claimed she hit what would have been, by some distance, a world-record 145km/h on two occasions), according to a report on Cricket Australia website.

It was Jemimah Rodrigues who came to India's rescue, the right-hander cutting the spinners beautifully as she got back in her crease and played the ball late and into the gaps.

She then took Darlington over extra cover twice in the debutante's first over to stamp her authority on the innings, and while Yastika Bhatia, who struck a run-a-ball 15 fell from Georgia Wareham's first ball at the other end, Rodrigues pressed on as India women reached a strong position.

But soon after, the rain set in, leaving Australia (seven points) needing to claim just one of the remaining two matches to claim the series, and India (five points) still requiring another two wins.