The Indian cricket team got down to training for the first time on Saturday after setting foot on Australian soil. The team reached on Thursday and spent Friday at their Sydney Olympic Park hotel. 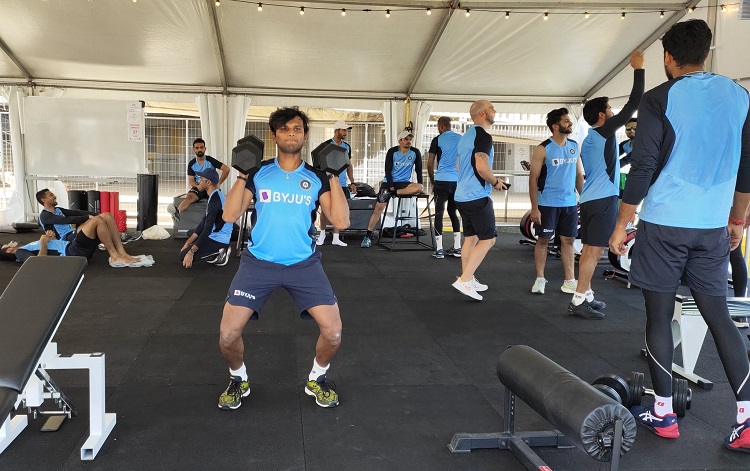 The team is undergoing quarantine at the Sydney Olympic Park's Pullman Hotel. The New South Welsh government has given permission to the Indian team to practice during quarantine.


Bold Statement By Justin Langer On Indian Batsmen, Says Our Bowling Will Give Stiff Competition To Them

On Saturday, the players started with gym work and running.

Once out, the boys also hit the gym!pic.twitter.com/X3QL3uHQJy

The Board of Control for Cricket in India (BCCI) posted pictures on twitter of Rishabh Pant, who is part of the Test team, doing cycling while pace bowler T.Natarajan, who has been included in India's T20 squad in place of injured Varun Chakravarthy, is shown lifting dumbbells with his two hands. Cheteshwar Pujara, also a part of Test squad is also seen working out.

Pace bowler Shardul Thakur is seen stretching in the gym.

"Two days off the plane and #TeamIndia had their first outdoor session today. A bit of running to get the body moving," tweeted the BCCI handle.

Two days off the plane and #TeamIndia had their first outdoor session today. A bit of to get the body moving! #AUSIND pic.twitter.com/GQkvCU6m15

Leg-spinner bowler Yuzvendra Chahal also posted a picture of his with Chinaman bowler Kuldeep Yadav taken on the field. "Back with my brother @imkuldeep18 and back on national duty for #TeamIndia," tweeted the leg-spinner.

Back with my brother @imkuldeep18 and back on national duty for