After his Player-of-the-Match performance in the first T20 against Sri Lanka on Sunday, India seamer Bhuvneshwar Kumar moved up four slots to 16th in the latest weekly men's International Cricket 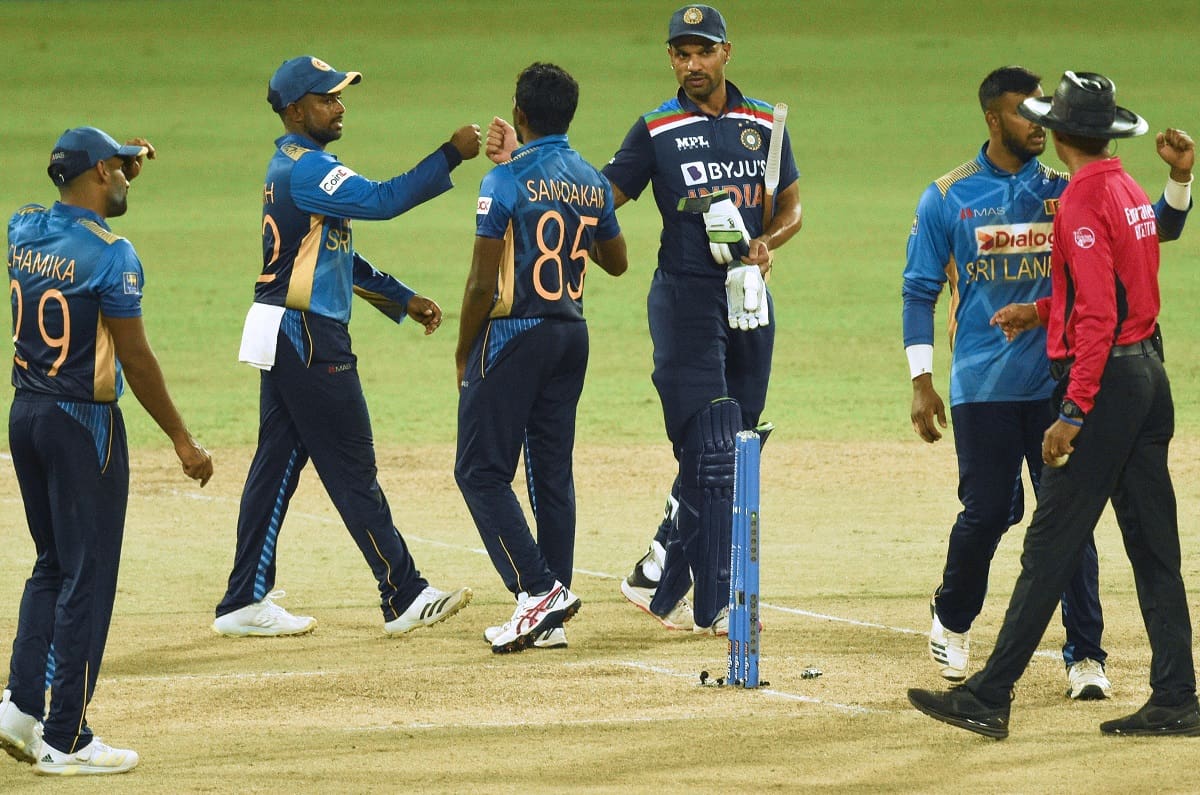 
'Those Who Did Not Understand The Hundred Commented Vaguely': Ashwin Differs From Gavaskar

Sri Lanka leg-spinner Wanindu Hasaranga has moved up one slot to a career-best second place -- behind leader and Chinaman bowler Tabraiz Shamsi of South Africa -- after grabbing two wickets on Sunday in Colombo.

Hasaranga now has 720 rating points while Shamsi has 792.

India leg-spinner Yuzvendra Chahal, too, made good progress as he moved up 10 places to 21st while Zimbabwe fast bowler Blessing Muzarabani gained 37 places to be 31st. Sri Lanka pacer Dushmantha Chameera was another bowler to move up, as he climbed up five places to 37th.

India's shorter format captain, Shikhar Dhawan, gained five slots after contributing a 36-ball 46 in the 38-run win on Sunday and is now joint 29th along with South Africa opener Reeza Hendricks, who moved up three places scoring 69 runs in the last match of the series against Ireland, won 3-0 by the Proteas.

The latest rankings included performances in the three-match T20I series between Zimbabwe and Bangladesh and the last two matches of Ireland versus South Africa T20I series.

Others to advance in the batsmen's list include South Africa's David Miller (up nine places to 33rd), India's Suryakumar Yadav (up 25 places to 42nd) and Zimbabwe's Wesley Madhevere (up 59 places to 70th).

In the men's ODI player rankings, which includes the World Cup Super League series between West Indies and Australia and the final match of the Sri Lanka-India series, Australia fast bowler Josh Hazlewood moved up five places to second after finishing with five wickets in the series. He has 709 rating points.

Hazlewood's compatriot Mitchell Starc climbed up 10 places to eighth with a Player-of-the-Series performance that saw him finish with 11 scalps, including a five-wicket haul in the first match. Starc has 652 points.

Trent Boult of New Zealand is atop with 737 rating points.

In the batting list, Australia's Alex Carey is up three places to 22nd with 669 points and Sri Lanka's Avishka Fernando has climbed 10 slots to 52nd with 522 points.

Left-arm spinner Ashton Agar is up 18 places to 65th among bowlers after being named Player of the Match for grabbing two wickets and scoring an unbeaten 19 in the final match of the series.