ENG vs IND: Indian Players Refused To Give Passage To Ollie Robinson At Lord's

Tension between the Indian and English cricketers during the second Test at Lord's that ended this week wasn't limited to the pitch. It extended to beyond the boundary. It has emerged in the E 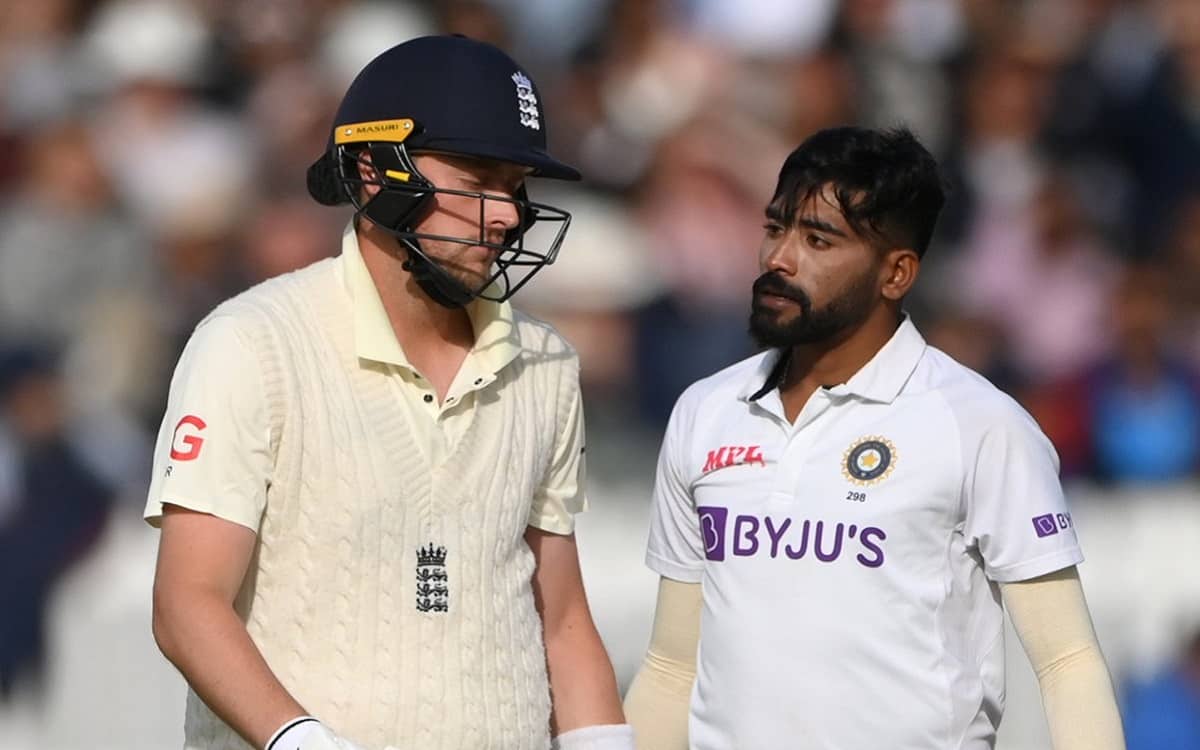 Tension between the Indian and English cricketers during the second Test at Lord's that ended this week wasn't limited to the pitch. It extended to beyond the boundary.

It has emerged in the English media that a couple of Indian players from the bench, who were returning from the field to their dressing room, refused to give way to pace bowler Ollie Robinson who was walking out to bat after England had been reduced to 90/7 on the fifth and final day on Monday.

"As [Ollie] Robinson descends the pavilion steps, a couple of India players in tracksuits are coming back in the opposite direction, having just been out on the field delivering drinks. Robinson stops and waits for them to step aside," a report in the Guardian newspaper stated.

"They do not step aside. Robinson waits. They wait. Eventually, after a fashion, they sort of awkwardly squeeze past each other. The whole encounter lasts barely a couple of seconds and yet as a motif for this bruising, absorbing final day it is hard to beat," added the report which analysed England's defeat.

After the first Test at Trent Bridge earlier this month was completed smoothly and without any incident, tension gripped the second Test from the fag end of the third day when Indian pace bowler Jasprit Bumrah attacked England pace bowler James Anderson with short deliveries.

That set the players from the two teams at loggerheads against each other. The differences reached the pinnacle with Indian skipper Virat Kohli and Anderson getting involved in a verbal spat.