Ranchi, Oct 22  In the last two-three years, one of main talking points in Indian cricket has been the performance of the pacers. And what has come as the icing on the cake is that they are now leading the show even on home soil. 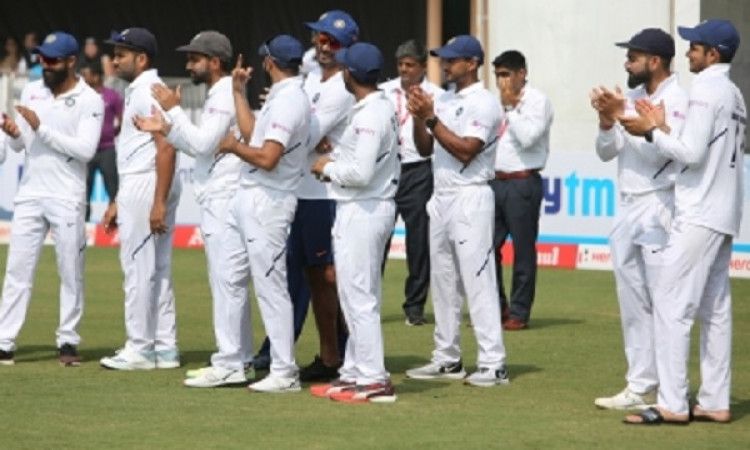 India, famous for producing world-class batters over the years, now boasts of having one of the most lethal pace attacks in the world. The performance of the Indian fast bowlers across venues in the world has been a revelation, quite naturally drawing high praise from cricketers of both past and present.

In the just concluded three-Test series against South Africa which India won 3-0, the pacers led the way as the Proteas batsmen had no answer to the bowling attack even in Jasprit Bumrah's absence.

In fact, even South Africa skipper Faf du Plessis admitted that the visitors were prepared for the spin conditions on offer since their last tour in 2015 and gearing up for the pace challenge wasn't on top of the to-do-list.

"We spoke about this (India's spin threat) before the series. The mindset coming here, especially after 2015, was to be prepared for the spin attack," du Plessis said after the Ranchi Test.

However, what surprised him more was the performance of the Indian pacers. "Indian seamers were outstanding through the series. Our seamers were good for 30-40 minutes but their's were able to do that throughout the day," said the South Africa skipper.

Not only in terms of skills, but also when it came to wicket taking ability, Indian pacers comprehensively outclassed their South African counterparts. The Indian trio of Ishant, Shami and Umesh scalped 26 wickets at an average of 17.5 during the three Test matches whereas South African pacers could pick just 10 wickets at 70.2.

The Indian spinners in comparison have picked 32 wickets whereas in the past it would invariably be a show that would be led by the spinners with the pace bowlers picking a wicket here and there. The performance of the Indian bowling attack is more commendable considering the absence of their premier pacers Bumrah and Bhuvneshwar Kumar.

If one looks at the stats of the Indian fast bowlers in the last two years, they will find that the pacers of the No.1 ranked Test team are far ahead of their opponents.

Indian pacers have picked up 271 wickets at a strike rate of 44.2 in 23 matches. These 271 wickets have come at an average of 22.13, proving that they have been highly economical as well.

After India's emphatic victory in Ranchi, head coach Ravi Shastri said the team had wished to take the pitch out of the equation and that's what this Indian pace attack has exactly done.

Not only have they performed on tracks which have offered them assistance, they have been relentless on unresponsive wickets, showcasing the world their ability to take wickets on any pitches on offer.

India vs Australia, 1st ODI: Protester Runs In The Middle…