Canberra, Feb 2:  The Indian eves suffered a four-wicket loss against Australia after a disappointing batting performance in their second match of the T20 tri-series on Sunday. 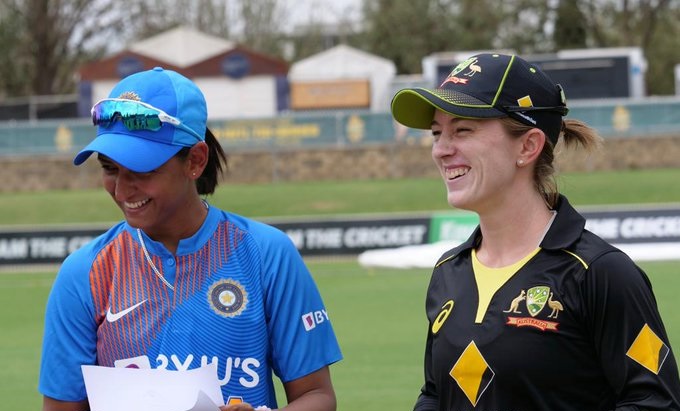 After being asked to bat, India somehow managed to post 103 for nine in the allotted 20 overs.

Elysse Perry was the undisputed star of the game, scalping up three wickets before scoring 49 off 47 balls in Australia's chase.

India had earlier hammered England in the tournament opener while Australia had lost to England in a Super Over finish on Saturday, leaving all three teams with a win each.

India will next play against England at the Junction Oval in Melbourne on February 7.

Opener Smriti Mandhana (35) and Harmanpreet (28), Indian batters showed a lack of grit as they fought against a strong Aussie bolwing attack. Shafali Verma, touted as the next big thing in women's cricket, however, lasted only three balls while Jemimah Rodrigues crawled to 1 off 11 balls, leaving their team at 16 for two in three overs.